The Stand Hotel in Blackpool was at the centre of one of Coronation Street's most dramatic storylines  - and it's gone up for sale.

The hotel has its own “blue plaque” outside to commemorate it as the place that Rita Fairclough was staying when evil Alan Bradley came to drag her back to Coronation Street after stealing from her and victimising her.

Famously he chased Rita down the prom but was hit and killed by a tram. The episode in December 1989 was watched by almost 27 million viewers and remains one of the iconic in the programme’s history.

The Strand Hotel's owner Jane Long has put it on the market with a guide price of £825,000. 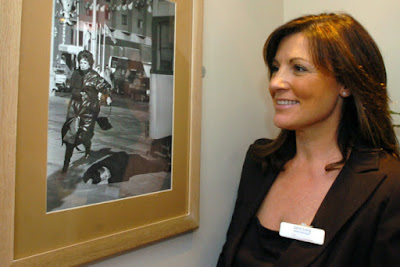 Jane told the Blackpool Gazette: “The Coronation Street episode is so well known. We still get people staying here wanting to stay in Rita’s room and we have the memorabilia. The plaque was put on in 2009 and it was unveiled by actor Mark Eden who played Alan Bradley and we raised £1,500 for Donna’s Dreamhouse.

Last summer Alan Bradley’s Coronation Street daughter Jenny came back to Blackpool to visit the place where he died and they filmed a bit outside the hotel.”

Email ThisBlogThis!Share to TwitterShare to FacebookShare to Pinterest
Labels: blackpool