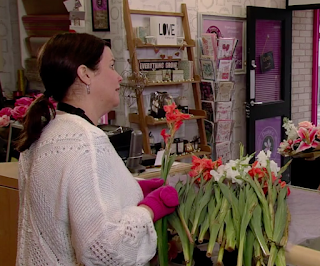 Flowers were part of The Smiths' visual aesthetic and the shrubbery most commonly associated with the group was the gladiolus or 'sword lily'. Morrissey has said that this particular type of flower "leapt out" at him and "seemed really powerful". 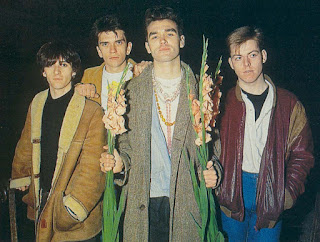 Morrissey favoured the larger variety, which he would often wield above his head on stage. However, tired of carrying them around with him during gigs, by 1984 Moz had moved his gladdies to his back jean pocket in order to free his hands. 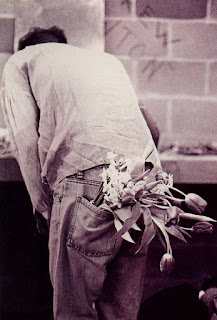 This explains Mary's brilliant quip to Tracy: "Have you seen these gladdies? I mean talk about wilted. They'd be fresher if they'd been sitting in Morrissey's back pocket these past 30 years!"

A superb touch by Corrie writer Mark Wadlow! For more on the two-way relationship between Coronation Street and Morrissey, be sure to check out my blog from a few years ago, still available here. Oh Manchester, so much to answer for...