Top 5 reasons why Corrie is cooking on gas right now 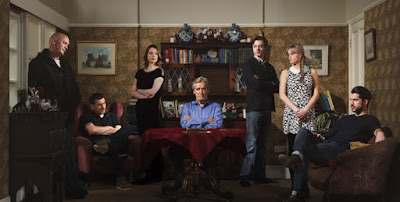 
"I have been a Corrie fan for almost four decades, and in that time, I have had an up and down relationship. Mostly ‘up’ though, and currently there seems to be an injection of energy in the show, guaranteed to keep you all interested in the coming months.

Here’s my five reasons why Corrie is currently cooking on gas:

All fingers point towards his family, and in true ‘Who Shot J.R’ style, it recalls the 1980s when soaps had 20 million viewers. In an age of Netflix and TV on Demand, serial dramas need a long-running cliffhanger of a storyline, to attract fans back and keep die-hards interested. And this one ticks all the boxes. The Barlows have more criminal tendencies than Frank Gallagher’s family in Shameless, so whilst we are looking at them, Hercule Poirot style, someone else could be walking away scot-free.

2. The return of much-loved characters

Peter Barlow, Toyah Battersby, and Rosie Webster have all returned to the cobbles recently. Eastenders has been doing this for years. Sometimes it has worked and other times (Michelle Fowler, but not as we know her) it has bombed. In Corrie, the writing is so damn good now, that these characters get integrated with ease. Sure, the Toyah and Peter storyline is stretched beyond belief, but as a way of bring them back, it worked for the shock impact.

Much has been written about this actor’s brilliant performances over the last few months, and rightly so. Michelle used to play second fiddle to the mighty Carla Connor (who I still miss!), wiping her tears and fighting her battles. But, now due to the wandering eyes and loins of Steven McDonald, she is at loggerheads with her husband and his family. The storylines have been strong and heartfelt and Kym has delivered every step of the way. Pure and Simple, Kym rocks!

Sally and Tim are one of those couples that Corrie writers are great at creating. They are believable opposites, and remind you of Stan and Hilda or Jack and Vera. The belong together like fish and chips or Ant and Dec. The writers always give them funny lines, and their chemistry, thanks to Sally Dynevor and Joe Duttine keeps this couple in that classic mould. I know there is trouble afoot, but I hope the humour remains.

I love these two. Separately they are classic Corrie characters, but together this chalk ‘n’ cheese pairing is electric. Mary has the stories that leave Tracy sighing, but secretly enjoying and Tracy has the acid tongue and strength that Mary envies. Even if the flower shop does change hands, please Corrie writers find a way to team these two up, as I have not enjoyed such a camp pairing since Cagney and Lacey! I could see them pulling pints in the Rovers!

So, Sinead and Daniel aside, Corrie is on fire. So, if you have not tuned in for a while, come back to the cobbles, as you might have had a million reasons to walk away, but there’s five good ones above to make you stay.