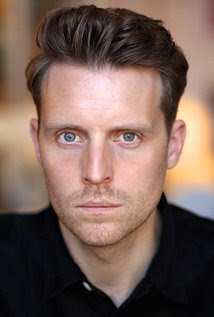 (This post was originally posted by Jordan Lloyd Beck on the Coronation Street Blog in April 2017, reposted to this blog with permission.)


Bethany is a “risk worth taking” says Chris Harper, who plays Nathan on Coronation Street


Hiya! It’s just Jordan (I don’t care how serious this post is meant to be – I’m not dropping that intro!)

A couple of weeks ago, this nervously excited blogger was sent on his way to ITV Studios in Manchester to take part in interviews with four Coronation Street actors revolving around some of the major storylines taking place this spring. As the first in a series of four blog posts regarding the interviews, this makes a change from my Wednesday ramblings, right?

After getting up at a time I’ve not seen for years and spending two hours on a train to Manchester, I couldn’t help but smirk to myself as I hopped into a black cab asking to be taken to Coronation Street Studios. Ten minutes later, I’d been driven through the security gates, welcomed to Corrie with a handshake and found myself amongst a swarm of proper journalists. To them of course, this was no big deal. They’d been here many times before and not one of them nearly died when Catherine Tyldesley bounced into the reception.

Along with the proper journalists, I was ushered through the studios and onto the set of Roy’s Rolls – a change of venue since the Bistro was unavailable. The residents of the Street would probably consider lunch in Roy’s a bit of a downgrade from the posh Bistro, but I was more than happy to have sandwiches in the iconic greasy spoon.

The last interview of the day was with Chris Harper who plays Nathan, a character currently at the helm of a much-discussed grooming storyline involving Bethany Platt.  However, had the bosses at Corrie not decided that Chris was too nasty, we could have been watching him in the role of Mary’s long-lost-seen-for-a-week-and-never-mentioned-again son. I bet Chris is glad to be playing the “better” character!

Nathan may be a sinister character, but that doesn’t stop Chris Harper being attractive, so of course I was rather happy to sit and listen to him talk about a storyline which - as it transpired - has had a tremendous amount of research on all sorts of levels.  Chris explained how he and the rest of the team at Corrie have worked with numerous charities which deal with grooming victims.

There has been a little bit of controversy over the storyline’s suitability. After all, Corrie is a family show and usually the premise of a sex ring would belong after the watershed. However, Chris spoke in favour of the brilliant way Corrie are tackling what may seem to some an issue too far.

He said: “Unfortunately, these are crimes that affect families. They are just hinting enough. You don’t need to see what they do it. Bringing it up and raising the conversation is vital. Just to know that it’s never the victim’s fault. Just to have that knowledge, would be brilliant. I just hope it doesn’t ruin anyone’s tea.”

Chris went onto explain the “alien” network that Nathan is. He is not the only perpetrator; he is simply a pawn. And of course, with things on Corrie happening on the Street or not at all, we know that Shona is an ex-girlfriend of Nathan’s; a victim still bearing his scars who somehow managed to escape. This, if a little contrived, will create an interestingly complicated link between Shona, Nathan and the Platts, should she get involved.

When teasing what is to come in the storyline, Chris made it clear that things will get darker for Bethany. Much darker. The clever thing about the storyline, as he explained, is that Nathan has not done anything illegal to sixteen year old Bethany. Yet. No photographs have been taken. Yet. No money has changed hands. You guessed it: yet. On screen, we have already met Nathan’s friend Neil, who according to Chris is “just the beginning”.

When asked whether Nathan is likely to stay around, Chris was clear in his answer that he is not, which makes a lot of sense. There would be outcry should Nathan – or anyone in soap really – get away with such a crime. Chris also commented on Nathan’s motivation, which I hadn’t realised before the interview, we know precious little about: “It’s quite a fun job as an actor to play someone so duplicitous. It’s much more important we see this through Bethany’s eyes.”

With the whole Bethany storyline thus far set to run until September, we are sure to be tuning into much deeper and much darker scenes. But we can be assured that Nathan will come to a nasty end. Where that will leave Bethany, only time will tell.

To leave things on a lighter note, here’s a jolly titbit: Lucy Fallon likes to share her Maltesers with Chris under the quilt in between takes!

And that concludes the first of my four interview posts. More to come very soon!