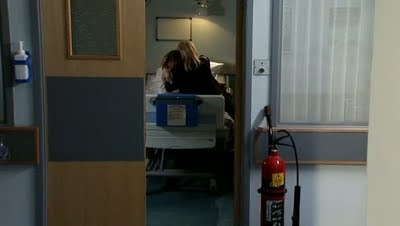 Thawing out award: Gold Star: Leanne allowed her mum to comfort her after the miscarraige.
Silver Star: Roy and Sylvia appear to have had a breakthrough.

Jealous much award: Green star: Sean wasn't too keen on Marcus being tipped to be in the adverts with Dylan and not him.

Cards on the table award: Gold Star: Carla bared her soul to Peter and he nearly went for it.

Dodgey Bank Name: "Reflections Finance"? Really? Sounds like it runs out of a canal side warehouse by a bloke named "R. Kray". Well, it *was* James that organized it, so I suppose.... 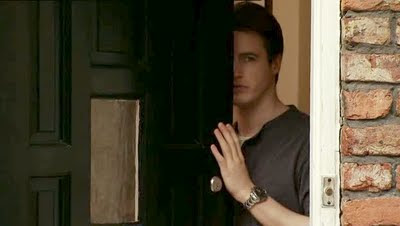 Catwalk tantrums award: Gold star: Sean couldn't stand not being at the photo shoot with Marcus and Dylan.

The Walls are Closing In Award: Claustrophobic Star: Gary's bent on spending 24/7 with Izzy to keep her safe. Julie might think it's romantic but it's making Izzy crazy.

Mouths of babes award: Faye can tell Owen fancies Anna and he most certainly does.

Pants on Fire award: There's Izzy lying to Gary in order to get a night out. It went very badly!

Gossip is much better than secrets award: Tracy promised to keep the James business secret and couldn't wait to broadcast it in the pub.

Fashion shout-out of the week: Didn't Anna look lovely all in pink?

Lines of the week:
Ken to Peter "If you've got doubts, talk it over with your wife or shut up and get over it"
Carla "Sometimes stuff just happens, Peter"
Peter "I do trust her. I just don't know if I trust meself" (Barlow genes will out!)
Kirk "Did you ever read that book, 'What's that Noise?" by 'Iza-bell Ringing'" (HA!)
Sally to Kevin "She's hurt and guilty and all you're doing is going on about your flaming scratch card money" (why is he still living there?)
Leanne "This isn't a joke is it?" Tracy "Oh Leanne I'm just not that funny" (No, you aren't)
Audrey on the way "upstairs" "Happy Birthday, me!"
Kevin ranting about Ken "He's always thought he was better than everyone else" (he's certainly better than you, you div!)
Sally to Kevin "Sometimes it's better to be kind than right"
Sylvia about Becky's grammar "My shopping lists are Shakespearean sonnets compared to that"
Sean "I'm keeping my powder dry, mainly out of cowardice." Eileen (a few minutes later) "Do you want me to smack him?"
Deirdre to Ken "Fancy relaxing with a nice film? Misery's on!"
All from Steve:
"I know you're here for me Tracy, that's part of the reason she's (Becky) gone!"
"If anything was going to tip me over the edge, it wouldn't be the sound of Morrissey" (it would for some, mate!)
"Thought me lawyer was going to give me a loyalty card. One more and the fifth one's free. She calls me Henry VIII!"
Posted by Tvor at 12:45