(This post was originally posted by Scott Wilson on the Coronation Street Blog in May, 2011.)With the departure of Rula Lenska, and no sign of Stephanie Beacham’s return on the horizon, there’s a big 1970s sex kitten shaped hole in the Corrie cast.  We need a glamorous woman of a certain age - preferably with extremely large hair - to bring a touch of old-school fabulousness to the cobbles.  Audrey can’t carry all that weight on her own.


I’ve been evaluating their replacements and I can exclusively present the results of my findings.  I’ll be sending this dossier to Phil Collinson in the next post, together with my bill.

Kate O’Mara
Potential storyline:
Carla Connor needs a new business partner, and in steps Kate as ballsy heroine Emmanuelle St Croix.  With her shoulder pads, take no prisoner attitudes and amazing hair, she has soon shaken up the factory and won Carla’s respect.  But then, over a few too many Pinot Noirs in the Rovers, she reveals her heartrending secret: the daughter she gave up for adoption all those years ago.  A daughter with a locket just like Carla’s....

Pros: Soap opera veteran (Dynasty, Howard’s Way, erm, Triangle). No-one can throw a glass of champagne in a suitor’s face while cackling with such aplomb.

Cons: Collinson may get confused about what show he's producing, and turn O'Mara into the Rani from Doctor Who.

Britt Ekland
Potential storyline:
Sophie and Sian are taken with a new inspirational nun at their church, Sister Inge Lindstrom.  This wise lady quickly wins their respect, and she comes to the Street to help spread the Good Word.  Which is where she runs into Dennis Tanner - who recognises her as Inge, the Swedish exchange student he squired many years ago before she took to the convent.  Can she remain true to her vow of chastity when confronted with her former love?

Susan George
Potential storyline:
Susie, the new barmaid at the Rovers, is a hit with all the fellas.  With her winning charm, warm smile and lack of brassiere she captures all their hearts and drives them wild with desire, while rebuffing all their advances.  Finally the men can take no more and, lead by Owen, they put the pub under siege while trying to break in and ravage the poor woman.  Only Steve McDonald can defend her honour...

Pros: Straw Dogs is a cult classic, so reusing the storyline wins cool points.  Would enable  Steve to grow a pair after his recent emasculations.
Cons: Difficult to portray rape and torture in 6:30 time slot.

Jaclyn Smith
Potential storyline:
Mysterious American April Kincaid arrives on the Street, asking a lot of questions.  It transpires that she’s a private detective in search of the fabled Kinshasa diamond, which was stolen from California and smuggled to Weatherfield.  The Street’s residents plead ignorance - but what’s the secret behind the vase Emily just brought home from the charity shop..?

Pros: Could potentially lead to a spin off, Charlie’s Angels: UK with Jaclyn, Mary and Rita as hard-boiled detectives.  Norris could play Bosley.
Cons: Impossible to shake the knowledge that we’d all much prefer Farrah Fawcett-Majors if she were still with us.

Pan’s People
Potential storyline:
Anna Windass needs help maintaining her new trim figure, so she joins a dance class.  Soon she’s being schooled in the arts by the erstwhile Top of the Pops dancers, learning how to wag her finger at dogs, writhe in a bikini, and look amused by Jimmy Saville’s jokes.

Pros: Six sex kittens for the price of one.  Top of the Pops repeats on BBC Four mean they’re back in vogue.
Cons: Pausing for a three minute dance sequence set to Gilbert O’Sullivan in every episode would cause major timing issues.

The Shake n Vac Woman
Potential storyline:
Corrie’s residents are entranced by the arrival of a new tenant in the flat above the taxi office.  She almost immediately gets a job cleaning the Rovers, where she captures their hearts with her unique style, joie de vivre, and ability to put the freshness back.  Before long, she’s caught the eye of Ken Barlow, and they embark on a torrid affair on the pine scented shag pile.

Pros: Glamour.  Dancing.  Singing.  A zesty scent every time you vacuum.
Cons: None.  THIS MUST HAPPEN. 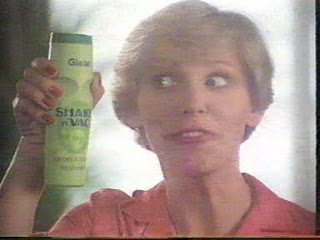 I think Susan George died not too long ago.