Why do Corrie's Amber and Sunita dislike each other?

(This post was originally posted by Rebecca on the Coronation Street Blog in August 2011.)

Maybe I'm just forgetful, but I was really confused in last week’s episodes of Coronation Street as to why Sunita didn't get along with her stepdaughter Amber. Hopefully I wasn't the only one. Corrie usually does a really good job of explaining past stories, but as they haven't yet; I thought I'd post this recap to explain. 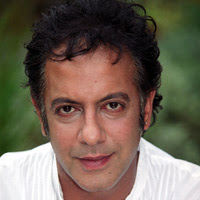 According to the wonderful episode summaries on Corrie.net, Amber moved in with Dev and Sunita way back in 2005. Amber's mum was one of Dev's shop assistants and was taken ill so Sunita let Amber stay with them for a while. Dev wasn't happy about this and we soon discovered why. Amber was in fact, one of Dev's secret children, although she had no idea she was. Sunita obviously had no either her husband had another family either.

Soon afterwards, Sunita left to live with her parents. So it's likely that Sunita blames Amber for her and Dev's break up, even though it wasn't Amber's fault at all, it was all Dev's. This explains the resentment between the two I think.

Let me know if I've got this wrong or missed something, in the comments box below.
Posted by Tvor at 12:06