Rosie Webster, We love you!

(This post was originally posted by Scott on the Coronation Street Blog in July 2011.)


What's that tap-tap-tapping noise?  Why, it's the sound of Rosie Webster's stilettos clattering down the cobbles as she makes a triumphant return to the Street.  Our favourite model-slash-promo girl has been off our screens for a while - apparently holed up in Jason's bedroom, or something - but now she's back, with a kicky new haircut and an online-only spin off. 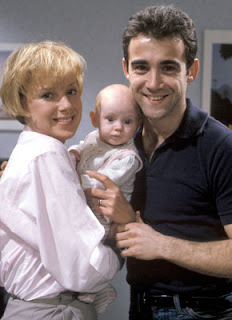 Who knew that Rosie would rise to such meteoric heights, given her lowly beginnings?  Like most soap opera children, she was born at Christmas, popping into the world on the 24th December 1990.  She was so keen to make her debut, she didn't even make it to the hospital, being born in a taxi.  It was a portent of the financial traumas she was going to cause her parents for the rest of her life, because Don Brennan immediately slapped Sally with a fifty pound bill to clean the placenta off the back seat.  Sally named the child Rosie, as she was born on Rosamund Street; if she'd hung on a few more minutes we'd presumably be following the misadventures of a model called Crimea Terrace Webster.

Her early years were spent in the usual Coronation Street way: a lot of being sent to her room and a lot of fish fingers.  And when we say a lot of fish fingers, we're talking a ridiculous amount: the start of the depletion of the North Sea cod stocks has been dated to the time Sally gave birth to a second child.  Rosie herself named Sophie, because she kept confusing the baby with her favourite doll.  A storyline where Rosie then pulled off the baby's head and painted her with crayons to make her look "pretty" before leaving her in the ginnel to be picked up as a chew toy by a passing Alsation was thankfully abandoned.

Kevin's affair with Natalie Horrocks tore the family apart, leading to a messy divorce for Kevin and Sally.  Sally took to her new found singledom like a duck to water, and was soon spooning with half the available men on the Street.  This didn't really affect Rosie until she was threatened by Sally's new boyfriend, Les Battersby's genetically unlikely son, Greg Kelly.  Being attacked by a step-parent is a rite of passage in Coronation Street: it means you've arrived, and story lines soon followed in abundance.

After Kevin and Sally reunited Rosie had her first glimpse of the high life, auditioning for a girl band.  Unfortunately for her this coincided with one of Sally's periodic moments of ennui, and, sensing a project, she was soon manipulating her daughter into tap shoes and forcing her to sing The Good Ship Lollipop before every meal.  Rosie put up with it for a while, but soon she'd been to cut down to size by one low budget Simon Cowell too many; no more, she cried.  The fall out from her decision to stop taking acting lessons can still be seen today.

It didn't matter, anyway, because Sally decided little Rosie was too good for the boards; she was a genius, and needed to be enrolled at Oakhill School.  Oakhill, in case you weren't aware, is the leafy part of Weatherfield; Audrey Roberts lives there.  Yes, it's that posh.  Rosie loved the idea of going to public school, as you can see: 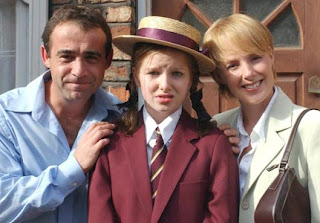 She was running out of ways to rebel.  With Sally as a parental heat seeking missile, forcing poor Rosie into her Mallory Towers fantasies, Rosie needed an escape.  She found it in the form of Craig, the only interesting member of the Harris family across the road.  Rosie and Craig were united in pain: Craig had to spend his days listening to Katie Harris bleating on about her diabetes, while Rosie had a cro-magnon father and a mother who thought Kit Culkin was a suitable role model.  Not to mention the fact that she had to share a bedroom with Sophie, who played Melissa Etheridge records all day and plastered her side of the room with posters of Angelina Jolie and Hufty from  The Word. 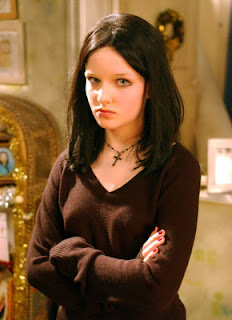 They took the only route available to nice middle-class children who don't want to actually do anything too dangerous; they became Goths.  While their peers were joy riding and necking Diamond White on the Red Rec, Craig and Rosie sat on the bench outside Audrey's salon and compared make up tips.  Kevin took to this as well as you'd expect, shouting and blustering his way around the Street like an impotent tornado.  Rosie naturally took this as further proof of the damning pressures of society on a fragile tormented soul like hers, and went up to her room to play some Fields of the Nephilim and self-harm.  Things only got worse when Rosie and Craig lost their virginity together.  For the first and last time in her life, Rosie did the sensible thing, using protection and not doing it until she was ready.  This is in marked contrast to her later years when she views sex as a way to pass the time while you wait for the kettle to boil.

Strangely, Craig and Rosie gave up the whole Goth thing round about the time that his sister murdered her father, committed suicide and let her mum take the heat in prison.  You'd think all this genuine personal torment would drive them further into the arms of Marilyn Manson, but instead they started dressing like normal people and holding hands.  I'm sure this had nothing to do with the producers noticing that Richard Fleeshman and Helen Flanagan had actually turned out to be rather foxy.  Craig tried to persuade her to run away with him to Berlin, where he could release a low-selling album before appearing in a West End production of Ghost; Rosie wisely realised that she'd get more tabloid inches staying at home and returned to Weatherfield. 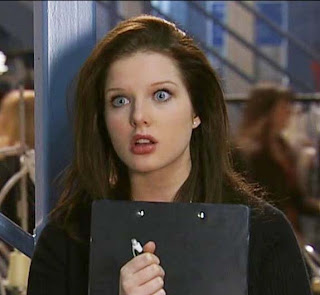 Sally had Rosie's future mapped out for her: A-levels, university, world domination.  Rosie, on the other hand, saw Carla Connor's Louboutins and decided that was for her.  She threw out her text books and began work as a P.A at Underworld, P.A in this case standing for "pretty awful".  As her career developed, her brain stagnated - not surprising, when her job basically consisted of making Carla coffee and watching Janice pick Eccles cake out of her teeth.  Her heels rose, and her necklines plunged.

She wasn't completely selfish.  Across the street was John Stape, trapped in a relationship with Fiz, who looks like a rejected Muppet prototype.  Out of the goodness of her heart, Rosie decided to offer him her vagina, and soon they were bunking up in lay-bys and Days Inns across the North-West.  This decision would come back to haunt her when John lost his job and his fiance and decided to punish Rosie by locking her in an attic.  Uniquely, the nation sympathised with John rather than his kidnap victim; in fact, there was a large proportion of people calling for him to bash her round the head and bury her in the herbaceous border. 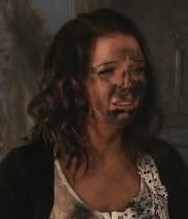 With that trauma out of the way, Rosie capitalised on her new-found notoriety to pose half-naked on the pages of the Weatherfield Gazette, an organ not previously known for its soft core content (though Ken Barlow did run a photo feature on Linzi Drew in the mid 80s).  Model agencies came knocking and Rosie found her true calling: as a barely dressed pool of inane vapidity, a role she has filled remarkably well.  When she isn't squirting vodka down the gullets of willing punters (not a euphemism), she's falling out of the top of a bustier to promote a chain of exhaust fitters.  It's a tough life being a sexual dynamo - there's the boob jobs, the hairdressing appointments, the difficulties of walking on cobbles in nine inch heels.

Romantically, Rosie has finally found her match in the form of Jason Grimshaw, another nice but dim mass of sexual charisma.  They bonded during a modelling job when Rosie noticed that he looked almost as good with his shirt off as her.  How I wish we could be a fly on the wall to hear their intellectual discussions!  In depth debates about how 'knife' is a funny word ("it's got a k in it... k-nife... k-niffy") or musing on the hell of life before spray-tans.  Add in Kirk and Mary and you've got the 21st century equivalent of the Algonquin Round Table.

Rosie's honesty, humour, and willingness to remove her clothes for tabloid newspapers have made her one of the Street's stars; she's grown up into a great little character.  It's always good when the children of Corrie's long standing characters become stars in their own right, and manage to do so without being psychopaths (qv Tracy, David).  Let's get Rosie where she belongs - behind the bar of the Rovers in a boob tube.  The campaign starts here!
Posted by Tvor at 14:22

Thanks! What a terrific, and hilarious, history of Rosie.