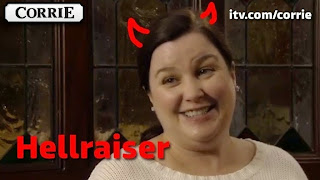 (This post was originally posted by Emma Hynes on the Coronation Street Blog in May 2015.)


There have been mixed reactions to Corrie of late with some feeling it’s not the best it can be. For my part, there have been some brilliant episodes mixed with those that have not been so great. The pending arrival of pop stars and lamentable departure of some great actors aside, I’ve been thinking a lot lately about what may not be working as well as it could, and I present Corrie’s Seven Deadly Sins as I see them. 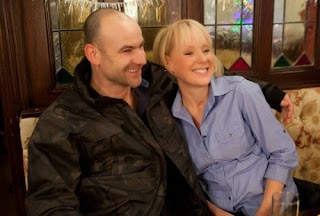 Corrie is deservedly marked out for its ability to combine the dramatic with the comedic. However, drama seems to be considered more important and it sometimes feels that humour is put in to keep up the show’s reputation for it, thus making it feel forced. Comedy comes via one liners and subplots which is fine up to a point, but it needs to have a more central role. Sally’s sofa and curry night are recent examples of great comedy, but they are little more than temporary subplots while serious stories are prolonged for months on end. Comedy then fulfils the role of light relief, but continuously relegating it to this position is a mistake as it can be just as powerful as drama. I’d love to see a light-hearted, funny story take centre stage for more than a few episodes. It would be essential that it is rooted in character, the reason why Sally’s graffiti worked and Sharif’s chickens didn’t. 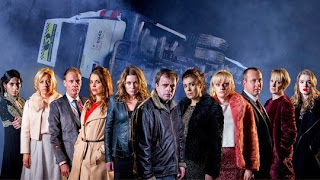 This is a term which comes up again and again. Corrie is brilliant at delivering high drama, and I’ve spent many enjoyable hours on the edge of my seat courtesy of the programme. But I fear relentless fireworks could result in burn out. Viewers crave normality and should never fear that having nothing going on apart from character interaction about the humdrum via the sparkling dialogue we love will see us switch off. I don’t know if any of you have watched Peter Kay’s Car Share over the past few weeks, but it's a wonderful example of the power of great characterisation and dialogue; two people in a car for half an hour talking to one another, and it’s a pure joy to watch. Coronation Street has proven it is well capable of this, so let’s see more of it. 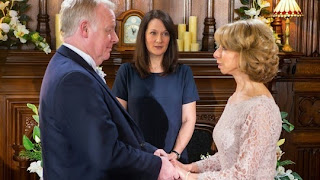 Nobody that watches Corrie should ever have cause to say “ -- would never do/say that”. The show is approaching its 55th anniversary. Characters that were born on our screens are now married with children. What makes it so special is that we have grown up with these fictional people, and this is the very reason why we expect faithful adherence to who they are. It's frustrating when someone acts completely out of character, and the only reason you can think of is to further a plot. I don’t believe Gail would have failed to tell Michael about Gavin before his funeral or have married him harbouring such a secret. Nor do I believe that Owen would have meekly accepted his daughter dating a drug dealer. It’s crucial that a character reacts faithfully to any scenario faced. 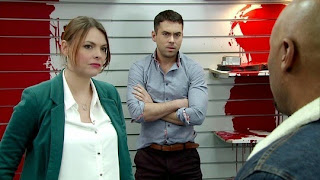 From cruel comments to bad apples, sometimes it feels like nastiness pervades the cobbles like a creeping moss and it sours the programme. There are good characters, but even these can be surprisingly cutting at times. We need good natured, big hearted people who do not waiver to infuse the show’s spirit with integrity at all times. It would also be good to see a few more transformations like Maddie’s to assure us that badness isn’t terminal. 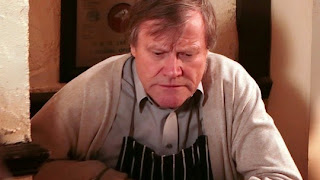 The fact that Roy Cropper is in Corrie at all speaks volumes about the programme. He represents those in every community who are seldom televised and his portrayal shows the value they bring and ensures they get the respect they rightly deserve. It’s irking then to see him patronised or made little of. This needs to stop. While they can only dream of being the person Roy is, Mary and Norris are two other examples of such people, but the former has become unbearably unhinged, and the latter’s serpent tongue can be disarmingly cruel. It would be better to celebrate their positive qualities rather than negate them through poor behaviour, otherwise their portrayal does more damage than good and you'd question the value of having them there. 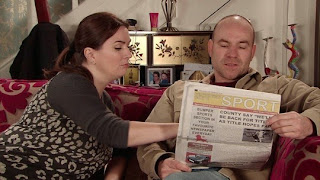 As above, we have almost 55 years of rich history to draw from, so let’s do it. It doesn’t take much, and we don’t even have to go that far back. Why does Michelle have nothing to do with her nephew Liam? Why have we not seen a scene between Sarah and Faye considering Sarah's return and Miley's birth coincided? What happened to Nick’s brain injury? Why is the bus crash no longer discussed considering Sinead still suffers? Why has Jenna not been mentioned since Lloyd's return? After a disappointing issue-led literacy storyline, Tim's progress is barely mentioned. Corrie fans don’t forget and thinking of the programme as an intricate tapestry woven over a lifetime enriches our experience. Neglecting to remember can be a big irritant for viewers. 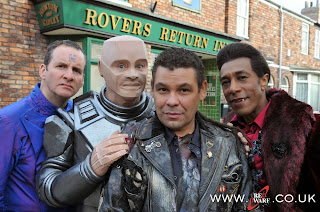 There are those who like to enlighten soap fans that, “it’s not real you know”. Yes, looking at any long term Corrie character and considering everything that has happened to them can tell quite a tale, but this is not where the true reality lies. When it comes to a programme like Corrie, the reality is found in characters’ reactions to events. If a flying saucer lands on the cobbles tomorrow, we’ll be happy once Norris is phoning the Council to have it removed, Tony is eyeing it up for scrap value, Julie is planning a welcome party, and Sally is wondering if they’re from Hale Barnes. Not quite, but you get the picture. I maintain that the reality lies in how a character reacts to a given situation, no matter how far fetched. It’s thanks to Corrie itself that we know its characters inside out and portraying them realistically both rewards our knowledge and guarantees our enjoyment.

For those feeling a bit of despair at the moment, it is all completely fixable. If there weren't brilliant examples to draw from, we wouldn't know what needs to happen to make it right. I am sure our faithfulness will be rewarded and see us through as it always does.