My thoughts on the return of Jenny Bradley 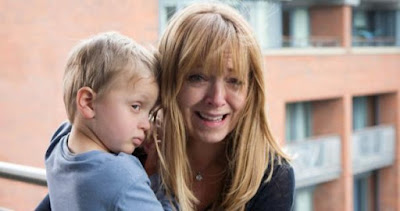 (This post was originally posted by Graeme N on the Coronation Street Blog in June 2015.)


I have absolutely loved having Sally Ann Matthews back in Corrie as Jenny Bradley. The character hails from a strong era for Coronation Street, she was part of an iconic story and Sally Ann is a great actress. She has fitted in seamlessly again after all these years and has lifted the show with every appearance.

However. unfortunately I fear the storyline built around Jenny's return has not done her justice. The idea of Jenny having such sadness in her life and the loss of a child might have worked a whole lot better if played out differently. As is often the case these days it was used to string out the maximum amount of drama and shock headlines rather than focusing on content and storytelling.

For a start, last night's episodes were almost painful in places. Both episodes were really badly paced, the action unfolded really slowly and all tension was lost. We knew Jenny wouldn't harm Jack, we knew she wouldn't jump and would instead, end up being carted off by the police. 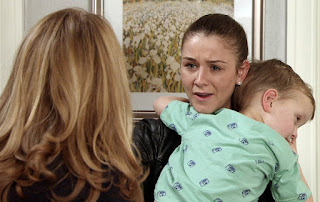 I won't comment much further on the scriptwriters' painful collective failure to mention that Kevin has previously lost a young son. It was glaringly obvious again last night, the elephant on the balcony, as it were. This isn't just pointless nitpicking by sad fans - the fact Kevin could directly empathise with Jenny's sadness would have added a much needed extra dimension to the story.

For me, there just haven't been enough references to Jenny's past. The storyline she featured in back in the 1980s ran for over three years and remains pretty iconic. It must have had such a lasting impact on Jenny's life that you can't help but think she'd have mentioned her father more often. Twice last night, once by Sally and once by Gail, Alan Bradley's history and demise were referenced. It felt weird and contrived though, as if these comments had been grafted onto the script at the last minute. Too little, too late.

I must also comment briefly on Sophie Webster's involvement in this story. I know she is grieving for Maddie and I know she has never taken to Jenny but her actions and behaviour have been both disappointing and irritating yet again. For a supposed Christian, Sophie is quick to judge, harsh in tone and lacks remorse or empathy. As with other characters (principally Fiz) she has acted out of character for too long and it's become a habit. These Corrie women used to be full of life and good humour, now they are blatantly nasty and unpleasant. 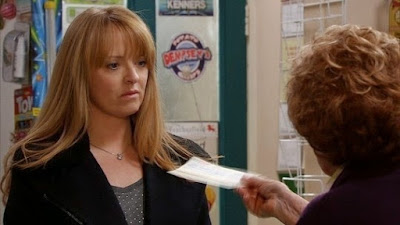 It feels like Jenny's return was wasted to a certain extent for a series of cheap ratings stunts and after all this it doesn't look like she'll be back anytime soon. Sadly we weren't treated to nearly enough scenes between Jenny and Rita or indeed Jenny and any other established regulars. All too often these days Corrie characters interact with a small group of regulars and storylines seem to operate on very separate tracks. This does nothing to foster the sense of community, something the programme was established on many years ago.

I hope this isn't the last time we see the brilliant Sally Ann Matthews in Coronation Street. I thought the onscreen relationship between Kevin and Jenny could have worked out long term. Whatever Sally Ann does next, I wish her all the best. Thank you for bringing Jenny back to life, I just wish I'd enjoyed the storyline more.

The writers didn't do the Corrie story line justice. Forgot Kevin had a son who died, Jenny's hard upbringing, yet gave Rita some lines that reffered to her difficult life shes had, and must say Rita did have sympathy for her and knew she wouldn't hurt Jack. As for Sophie, she lost the love of her life, she's young and as for being a Christian, she has fallen a bit , when she moved in with Maddie i.e. lover, so don't expect her to be as forgiving as a more aged person. Did find it harsh when she said " I hope she does jump" very vindictive, but her immaturity showing and grief, she's 19. I think she's better behaved than Dev. is acting right now.