When Alfred Hitchcock was on Coronation Street

Time then, to resurrect this wonderful image of Mr H on the Coronation Street set. 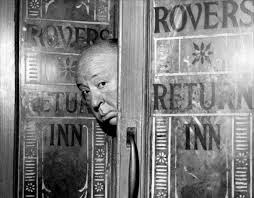 This photograph of Alfred Hitchcock (1899-1980) peering through the doors of the Rovers Return in Coronation Street was taken in June 1964 by Joe Darby for the Daily Herald. 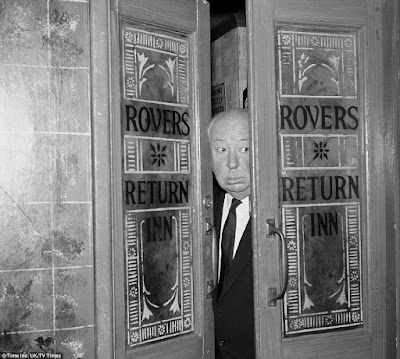 The caption read: 'While visiting a friend at Granada Television studios in Manchester, film director, Alfred Hitchcock, peeps through the doors of Coronation Street's famous local, the Rovers Return'.
Sidney Bernstein (1899-1993) had worked with Hitchcock on 'Rope' (1948) and 'Under Capricorn' (1949) and went on to become a co-founder of Granada Television.