Acting out of character

Last night I went to the Live Theatre in Newcastle to see Krissi Bohn in her one-woman play, The Bogus Woman. Krissi, you'll remember, played the part of Jenna Kamara in Coronation Street. When Krissi left Coronation Street, she gave her one and only interview to us here at the Coronation Street Blog.
In The Bogus Woman play, Krissi takes on 52 (yes, 52) different roles. To say it's a powerful, incredible and emotional performance doesn't do it justice. I don't think I have the words to tell you how good Krissi was in the play and how moved I was by it. At the end of the play, I couldn't move. I was stuck in my seat by the force of emotion I felt - and on the brink of tears too.  The morning after the night before when I saw this show, I'm still moved by what I watched.

So I had a good night at the theatre... I can hear you thinking. So what?  Well, it once again impressed upon me how BLUMMIN GREAT the actors are that we watch day in, day out, in Coronation Street. But sometimes we only ever get to appreciate how truly fantastic they are at their craft when we see them outside of the context of soap. Within Coronation Street, these trained actors are confined by the constraints of their character and of soap itself.  Outside of Coronation Street, they can fly.

That's why I'm very excited to hear that a few of the cast are taking breaks from Corrie early next year to do live theatre. David Neilson (Roy Cropper) is starring in a Beckett play with Chris Gascoyne (Peter Barlow) in Glasgow and Manchester.  Les Dennis (Michael Rodwell) is starring in an Alan Beasdale play at Liverpool's Royal Court.  Brooke Vincent (Sophie Webster) will be starring in a play at The Lowry in Manchester.

We know these actors can act, that's why they're in Coronation Street. Sarah Harding aside, ITV tends not to recruit people without acting experience and talent. However, having seen a few Corrie actors  tread the boards outside of the world of soap, I think it's only when we see them in a different role that we appreciate how crafted and talented they really are, and how versatile they can be.

I've seen Bev Callard in Little Voice in Scarborough and what a TREAT that was! 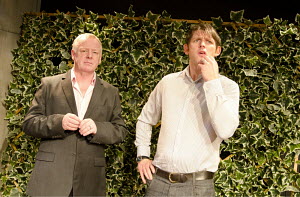 I also very much enjoyed the performance from Les Dennis in an Alan Ayckbourn play in London.

Other Corrie actors I've seen on stage include Roy Barraclough at the Oldham Coliseum, Steve Huison in Harrogate and Scarborough and Susie Blake at Scarborough's Stephen Joseph Theatre 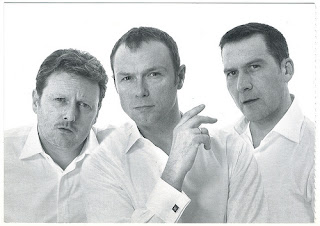 And many years ago I saw Charles Lawson (Jim McDonald) and James Gaddas (Vinny Sorrell) on stage in Art, with Spandau Ballet's Gary Kemp.

Krissi's performance last night made me wonder who else I'd like to see from Corrie acting on stage.  Whatever comes Krissi's way next in terms of job offers, I wish her the very best of everything. She is an amazing, talented actor who deserves to shine bright.