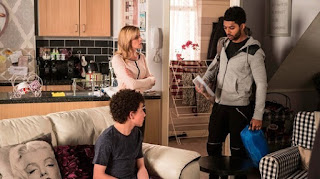 (This post was originally posted by Emma Hynes on the Coronation Street Blog in November 2015, reposted with permission.)


It was interesting, but not surprising, to hear Zeedan express a wish to move on from the gym on Friday’s Corrie, when we promptly saw the managerial mantle pass to Gary.

Zeedan has fast become one of my favourite characters on the street at the moment. His development from a sullen, almost disdainful young man, into an intelligent, considerate, capable, respectful and responsible individual provides us with a great role model and an interesting character who is infinitely watchable thanks to the talents of Qasim Akhtar.

Like all of us, Zeedan is not perfect, and his momentary lapses ensure his complexity. Look no further than his attempt to vandalise Barlow's Buys on finding out Tracy started the fire which killed his father, and his altercation with Jason when the news broke that he had slept with Alya. The important thing about both instances was that he could be reasoned with and talked out of doing any damage.
The finest example of his positive traits, which far outweigh any negative ones, can be found in the support he continues to offer Leanne and his investment in Simon. In addition, his desire to honour his father’s memory by doing sterling work at the gym, and the manner in which he didn’t allow his initial anger at and disappointment in Alya to prevent him from comforting her, offering his support, and reassessing his initial perceptions of what she had done, showed great strength of character.

The question now is, where does Zeedan go from here? 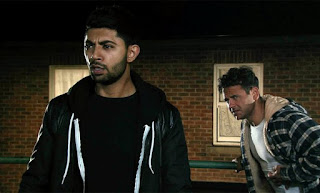 My personal hope is that he honours his potential while remaining on the street. This would involve him breaking the mould and working or studying elsewhere, but returning home in the evenings and/or weekends.

To be honest, I can’t understand why this isn’t the case for more characters. I know the various businesses need people behind their counters, but we did have a rare instance where Deirdre worked for the Council, and to my recollection, we never saw any scenes filmed there. Nor was the drama the poorer for it; we barely noticed. If anything, talk of somewhere ‘untelevised’ enhanced the realism; how many of us have any personal knowledge of the workplaces our friends and loved ones speak of, aside from their descriptions of them?

I like the fact that filming restricts itself to the street and its environs, with on-location shoots in the vast minority, but there's no reason why its characters can't temporarily inhabit other places.

The most fitting tribute to a character of Zeedan’s quality would be to see him spend his days elsewhere fulfilling his potential while at the same time enriching the street while he’s home with news of beyond its parameters, and his interactions with neighbours, friends and family. This is not to say he would be deprived of a storyline of his own; in our own lives, we find ourselves negotiating plenty of situations outside of work or university.

I think it would be a great loss to the programme if Zeedan’s desire for more meant he had to leave the street, like so many before him. In the wake of The Guardian asking why there aren’t more graduates on Corrie, and Scott’s excellent 2013 post on how young cobble-based folk attempting to better themselves do so at their peril, let Zeedan be the one who bursts this soap bubble.