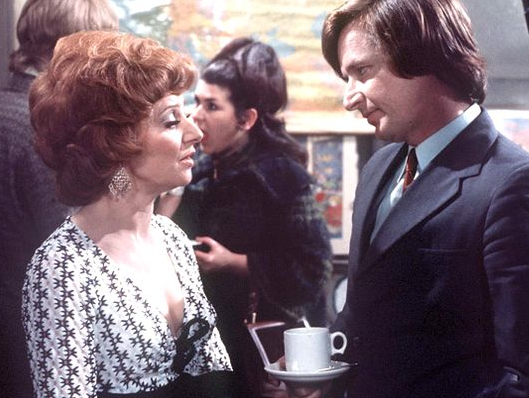 This post has been prompted by commenters' curiousity about our very own Ken's fling with our very own Rita sparked by this post.

While soaps these days have the habit of reuniting old flames, this fling has largely been forgotten. Indeed, when I mused about which direction Ken would go to after Deirdre's death, I did think of the possibility of him re-visting his fling with Rita and maybe striking up a companionship. But, writers and producers created a connection with him and Audrey (that was evident even before Anne Kirkbride's death).  A missed opportunity possibly?

When Rita was re-introduced in 1972, it was as Mrs Bates, the 'mother' of Terry and Gail (not the same Gail!) and the common-law wife of Harry. The first resident she came to contact with was Ken as he was the children's teacher and deputy head at Bessie Street. Despite striking up a friendship with Rita, nothing came of it and Rita later moved on to Len Fairclough.

1973 was a busy year for Ken women-wise. He was searching for a mother for twins Peter and Susan. While being chased by smitten shop assistant Norma Ford, Ken fell for Elaine Perkins (played by Joanna Lumley). Ken proposed marriage but Elaine rebuffed saying that they were ill-suited. On the rebound, he took up with Norma. 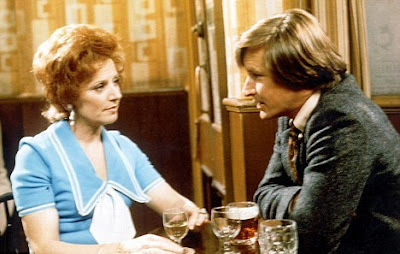 But bored by Norma, he stood her up and shared a drink with Rita who was on the rebound from Len. Rita cooked him a meal and they spent the night together! Ooh-er!

When Norma found out, she accused him of using her and being selfish. While keen on Rita, Ken was guilt-tripped by Uncle Albert to visit the twins in Scotland. He told Albert to apologise to Rita on his behalf. Albert didn't.

Rita didn't bear a grudge and was still keen on Ken but was put out when she saw him entertaining Janet Reid (who nearly ruined Alan and Elsie Howard's marriage) in the Rovers. Norma couldn't help but smirk when Rita flounced out the door.

Rita got over Ken when Len returned from a holiday in France. And while Len was not happy when he heard of Ken and Rita's night of passion, he let bygones be bygones. He even invited Ken and Janet to have dinner with him and Rita!

Ken married Janet within a few weeks but the marriage collapsed in 1974 and Janet died in 1977. Rita would have an on/off romance with Len before marrying him in 1977. 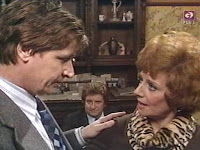 Since then, Ken and Rita have maintained a strong friendship and they've confided in each other many times during their various woes. It was Rita who brought Ken out of himself when he found Janet dead in bed from an overdose. It would have been completely natural now for them to be companions to each other - go to places together but maintain an independent life as well. Rita would have an interesting dynamic with Tracy and would have grandchildren to spoil.

Who knows what would've happened if the writers had decided that Rita would be the second Mrs Barlow in 1973? Corrie's history would have altered a little I should think!