(This post was originally posted by Llifon on the Coronation Street Blog in December 2015, reposted with permission.) 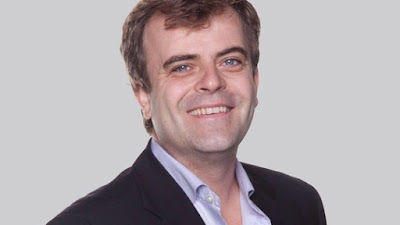 Having led the race since the second week, Steve McDonald is at No.1!! I believe his popularity soared when he married Karen in 2001 and thus making him one of the show’s all-time favourites.

Over the course of 26 years, Steve McDonald has gone from a mischievous teen who caused trouble for Alf Roberts to a father, cab firm owner and pub landlord loved by millions. He arrived on the Street with parents Jim and Liz and twin brother Andy.

For a man who’s only in his forties, Steve has been married six times! First wife Vicky Arden was wealthy and he only married her for her money. When he got into hot water criminally, he blamed her and she quickly filed for divorce. He married second wife Karen Phillips for a bet in 2001 but they fell in love and became popular with fans due to their fiery arguments. The marriage ended due to Karen’s affair with Joe Carter and Steve’s one night stand with Tracy Barlow – resulting in the birth of his daughter Amy. After a few months, Steve and Karen reunited and remarried in 2004 but the marriage soon collapsed and Karen left the Street and they divorced in 2006.

After relationships with Tracy, Ronnie Clayton and Michelle Connor, Steve married Becky Granger in 2009. Their marriage was also tempestuous with both making mistakes which resulted in their divorce in 2011. Steve then married Tracy when she became pregnant with twins. But when she miscarried, she accused Becky of pushing her down the stairs, a lie to gain Steve’s sympathy. Becky got her revenge though and announced that Tracy was lying and had medical evidence that showed she had had a miscarriage. A furious Steve divorced Tracy. He then returned to dating Michelle. After a tough relationship with Steve hiding his depression from her, they eventually married in 2015.

Steve owned the Rovers between 2006 and 2012 and has been since 2013 (albeit a brief period in 2015) and has been running cab firm Street Cars since 2000, enjoying a wonderful camaraderie with Lloyd Mullaney and Eileen Grimshaw. When he wanted money to start the cab firm, he borrowed from drug dealer Jez Quigley. When Steve failed to pay him, Jez sought revenge and beat him up and left him for dead. Steve’s dad Jim sought revenge on Jez by beating him up and this resulted in Jez dying of a punctured lung.

Steve is of course known on this Blog for his gurns!