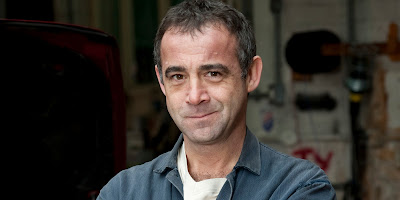 I'm a little confused, so bear with.  And f you can help solve this mystery, please do.

When Kevin Webster changed the name of the garage to Websters' Auto Centre, the apostrophe in the word Webster had a storyline of its own. It was Sally who pointed out that Kevin had the apostrophe in the wrong place after Kevin had the sign done up as Webster's Autos.  Sally pointed out that as more than one Webster owned the place, it should be Websters' Autos, and she was right.

Now then, I'm not totally sure who owns the garage now - is it split three ways between Kevin, Tyrone and Sophie?  Well, whoever owns it needs to sort out its branding and decide on what they're doing with the apostrophe.

In the episode shown on Friday 20 November, the branding we saw on Sophie's computer screen in the garage is in the picture below. The apostrophe denotes that only one Webster owns the garage. 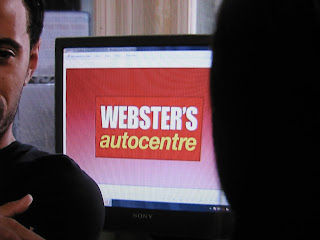 And here's a publicity picture from a later episode showing a flyer with the apostrophe in a different place. This denotes that more than one Webster owns the garage. 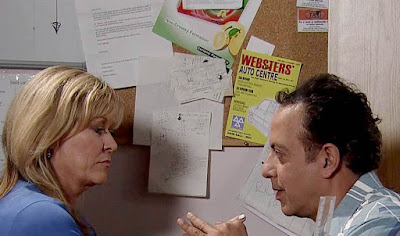 
Anyone know what's going on?  Time to call in Norris and the Apostrophe Protection Society!

I'm so happy to see this post! I noticed this too and am glad I'm not the only one who noticed these little things :)