Ken Barlow's jeans - a blast from Corrie's past 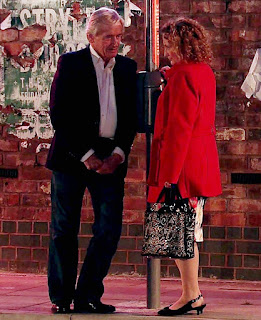 Much has been made of Nessa buying a  pair of jeans for Ken Barlow, and of Ken wearing them, too.

But as we can see in the pictures below, Ken and his denims are old friends. Here he is in a scene from Coronation Street in 2003 wearing a pair of jeans. 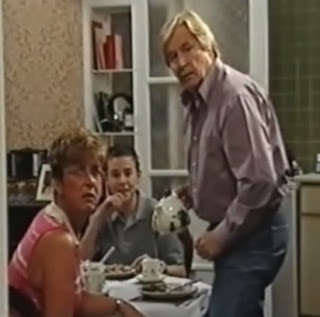 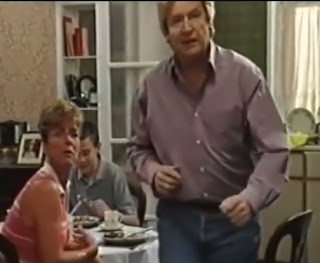 The scene is from the episode in July 2003. It's the morning after Tracy duped Roy into thinking he had slept with her. Roy is trying to make his escape from the Barlows house while a shocked Deirdre and Ken offer him a cup of tea.

You can watch the scene below via the wonders of YouTube.

However groovy and fab and funky Ken looks in his blue jeans, my favourite fashion piece of his has got to be his kimono. 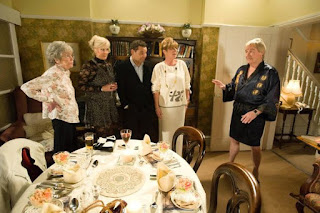 And here's some fashions as modelled by actor William Roache, which Ken most definitely wouldn't be seen in on the Street.