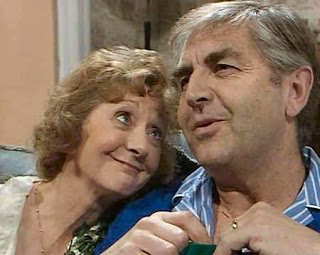 
Thelma Barlow, who played Mavis Wilton in Coronation Street, has paid tribute to her late co-star Peter Baldwin, who passed away last month.

The letter from Thelma Barlow to the Radio Times reads as follows:

"Derek and Mavis were figures of fun a lot of the time – people don’t always recognise that those who are quiet and unassuming can have more to offer than people who make a lot of noise about life. Once they got together, it was those two against the world – they took strength from and supported one another. It was a really good relationship. They were kind and considerate, but they learnt how to defend themselves and each other when others weren’t very kind.

"It was a total shock when they decided to kill off Derek – I had been intending to leave for a couple of years, as I wanted to do more theatre, so they could easily have killed off Mavis instead.

"It was a cruel blow to Peter, and to me and to the Street really, as Derek was such a popular character. Now, with Peter’s death, a chunk has been taken out of my life – I loved him dearly. I shall miss him such a lot.”