Majorcan makeover - which Corrie women would you choose?

In 1974, Coronation Street flew to Majorca for a storyline starring eight women from Weatherfield. 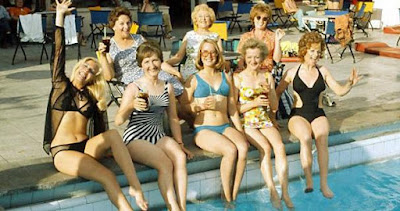 It's about time we had another girls' jolly!

If you could send eight of the women from Corrie on holiday overseas together today, which eight would you choose and where would they go?

My eight would be Liz, Erica, Eileen, Sally, Gail, Mary, Carla and Michelle. And I'd send them out to Spain to stay with Liz's son Andy McDonald in the sunshine.

My inspiration for this blog post came from an exchange on twitter between Claire King (Erica) and Bev Callard (Liz), below!