Tabloid teasers from 'A Corrie Source' 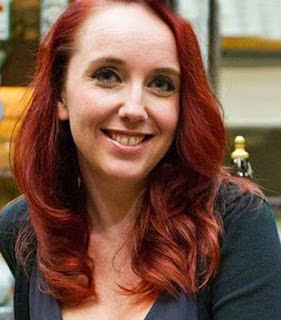 There are a couple of unofficial but nonetheless interesting stories in the tabloid press today.  None of them have any official comments, they're all from 'a Corrie source' - or Mr Curry Sauce - as we like to call him/her here on the Coronation Street Blog.

Mr Curry Sauce has been talking to The Sun today saying that Corrie cast members are in fear of their jobs as new producer Kate Oates starts thinking about who she might want to keep, kill or cull from the current cast.  There are reports that some of the younger cast are fearful that they'll lose their jobs when they've taken out mortgages for the first time.

Another Curry Sauce talks to the Mirror to say that the story in The Sun is a load of mushy peas. They say, and I quote: "Producers do not tend to come in and hold meetings with individual cast members - with about 60 cast on the show this would be a huge undertaking. One-to-one meetings have not been discussed. Kate has made it clear that she will not even start to look at the Corrie job until after she finishes Emmerdale and has had a holiday.  (Indeed, we blogged this fact here)

"It seems like the tipster is just whipping up a story out of nothing - and it's a story which seems to rear its head every two to three years when there's a new producer." 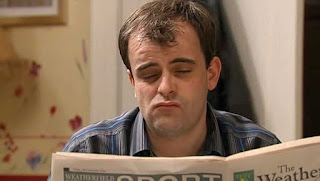 Another story in The Sun today from Mr Curry Sauce is one that I do hope is true. It says that Simon Gregson, who plays Steve McDonald, may be returning to work within a few weeks.  Simon is currently taking time off work for personal reasons.

Mr Sauce says: "He is very keen to get back to work and it looks like he is on the mend. He seems like he is doing well."

Email ThisBlogThis!Share to TwitterShare to FacebookShare to Pinterest
Labels: spoilers