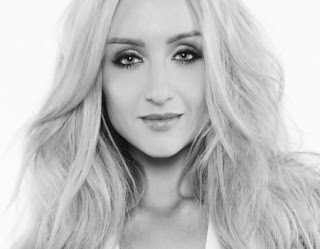 Having enjoyed a starring role as Eva Price for the past few years in Coronation Street, Catherine Tyldesley is branching out to explore her lifelong love for music.

She'll be singing live at London's Brasserie Zedel on September 10th at 3pm and 7pm.

You can buy your tickets here.

Performing has always been a big part of Cath's life after graduating from the Birmingham School of Acting in 2005, from which her training in classical and musical theatre helped her land roles in top TV dramas including 'Lilies', 'Shameless' and 'Emmerdale'.

Now, after touring with Manchester United football team, singing at the city's Cathedral and performing at the Grand Prix Ball, she is heading to the studio to start working on her own material.

A huge fan of musical theatre, jazz and the occasional rendition of the Disney 'Frozen' soundtrack, the next few months promise to be a whole new journey for her as she discovers her own sound.