Until Plot Do Us Part 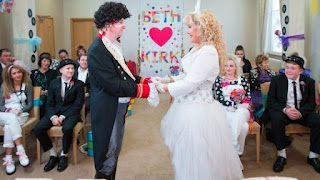 (This post was originally posted by Emma Hynes on the Coronation Street Blog in September 2016, reposted to this blog with permission.)


It is a truth universally acknowledged that a happy couple in possession of a good marriage must be in want of a plot twist. It’s seldom a harmless one either, and generally something devastating for one if not both parties.

Yes, it’s soap, and Corrie has had us enthusiastically sobbing and despairing at countless heartaches and infidelities over the years. In recent weeks and months we’ve seen Billy and Todd, Nick and Leanne, Luke and Maria, Gary and Izzy, and Caz and Kate embroiled in relationship drama, while secrets threaten the happiness of Aidan and Eva and Steve and Michelle.

The course of true love never did run smooth, but the cobbles tend to offer added bumps along the way. However, while we wouldn’t be without this feature of our favourite soap, does every couple have to be rocked by catastrophe from within the relationship itself? Seeing as the thread of normality is one of the most endearing things about Coronation Street, why can’t we have a strong, devoted couple who simply love one another and face life’s obstacles together, as people do in real life?

While not without their troubles, Tyrone and Fiz and Steph and Andy are among those showing stability at the moment. But it’s a fact that, along with Tim and Sally, Beth and Kirk and Sharif and Yasmeen were probably the closest thing to the faithful, enduring couple that we’ve seen in some time. It actually pains me to write that in the past tense, as we have now come to learn that Sharif has been having an affair for the past seven years, and Beth is a bigamist. 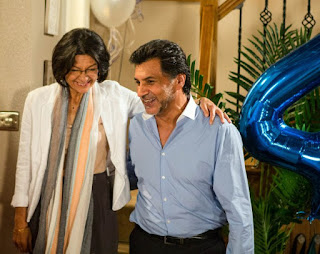 One of the things I enjoyed most about the Nazirs from the beginning was the love and respect the couple clearly had for one another. As we got to know them we could see Sharif’s admiration for his clever and passionate wife, and the strength she gained from his support, particularly after the death of Kal. She in turn helped him when he struggled to cope with the news that Alya had slept with Jason, allowing him to see the situation in a new light. This was not the guise of a man engaging in an affair behind his wife’s back, or a husband giving any indication of being remotely interested in anyone other than the woman he clearly adored.

Beth and Kirk’s unlikely pairing has been a triumph, and a ripe source of humour as well as proof that couples can simply be happy with one another, irrespective of what life throws at them. They also show that good marriages are far from boring to watch, a fact which is thankfully supported by Tim and Sally. As with the Nazirs, Beth and Kirk have had their ups and downs, but consistently supported one another and faced the world together. Their 80s wedding was joyous, and at no point did we see a hesitation or glimmer of doubt, concern, or guilt from Beth which might have indicated that she was already married. In fact, she wanted them to have a dream wedding, and so much so that they exhausted themselves working extra shifts to pay for it. Nobody would have suspected that she was entering into a bigamous marriage, and while her behaviour is questionable at times, such is her love for Kirky, it’s hard to believe she would.

In the cases of all the other troubled couples, their woes have arisen organically out of the drama. However, with regard to the Nazirs and Sutherlands, it would certainly seem that their existing backgrounds have been revised, and quite dramatically at that, for the sake of creating new stories in the present. Both revelations have the shock factor, but for me, the believability isn’t there. Why? Because these very particular actions would have needed to be part of their stories in the first place for them to ring true. 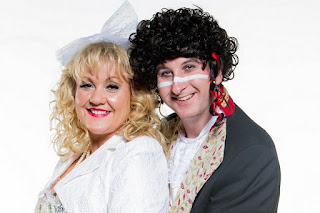 This is not to say that hitherto unknown ghosts can’t arrive to haunt people, but if they do, the chosen ghost has to make sense in the context of the existing drama, and who that character is as a person. With regard to Beth and Kirk, I personally think their marriage should be sacred, and bigamy simply isn’t believable to me in this instance. As above, there is nothing wrong with a resurrected skeleton, and they have proven themselves to be great for drama. Indeed, the reappearance of Craig’s Dad already has this potential without the bigamous element.

While my preference for the Nazirs is fidelity, if Sharif absolutely had to play away, why not have him embark on an affair in the present? Considering the strength of the couple, there would have to be a good justification for it, but we could then experience the situation unfold, his potential turmoil and possible guilt-ridden reveal, and feel fully invested in it.

While we can't be sure of how the drama will progress for either of them, and there's no doubting that whatever happens will be performed well, as Beth’s marriage and Sharif’s affair predate their first appearances on the programme, they now alter my perception of their characters and every scene I’ve ever seen them in, and this jars because they simply don’t match. We all know the suspension of disbelief is essential to viewing Corrie, but for us to believe in the drama, realism must be at the core of who the characters are, the actions they take, and how they deal with the situations they find themselves in. Even if the actions or situations are unheard of and surface from the past, fitting both the character and the drama which has gone before is essential if we are to believe in them. These retrospective additions to Beth and Sharif's stories are proof of just how important this is.