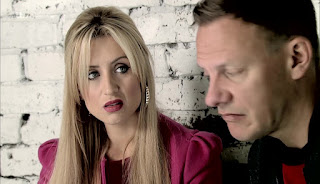 Green Eyed Monster: Sean tried to scupper the posh hotel night that Todd set up for he and Billy.

The Truth is Out There: Jenny and Johnny's relationship has been discovered. And they were both unrepentant.

You're Nicked award: Turns out Craig's father is in prison. I thought Craig didn't know who he was. But if his name is on the birth certificate, the police must have found out that way.

Hypocrite award: Nick giving Steve a hard time for sleeping with Leanne when he did the same with Kylie on a drunken one nighter. And where does he get off insisting Steve leave town? And all the things Nick said about Steve, you could just as easily say about him. Rat. Devious. Manipulative. Selfish.

Twisted Sister: Lauren tried to turn it all around on Bethany when her mother already knew her daughter was a bully months ago and wasn't surprised then.

Did they or Didn't they? When Todd and Billy made up and made out, or so at least it looked like they were about to go up them stairs. Yet when Todd turned up, bags in hand, he remarked that he thought they could take things to that next level. 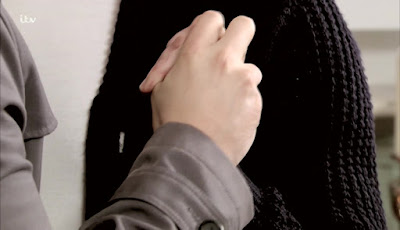 Lines of the week:
Nick "I don't care what it's called as long as it calls me Daddy" (what are the odds?)
Aidan "What's the word I'm looking for? Hypocrite!"
Nick "You were ready to do one and jump into bed with the nearest pint pulling moron"
Sean "Never trust a gold digger"
Kirk "I know I'm not exactly Ernest Einstein but I'm not stupid"
Leanne to Nick "I don't deserve you" (no, you deserve better)
Sally "I can't believe I've let a rat into my house" Tim "You married Kev..."
Steve "Haven't you done something stupid?" Nick "We're not talking about me" (I've got one word for you, Nick. Kylie. And that was worse because it was your brother's wife)
Beth to Sally "If you want to be a cougar, find yourself another victim because you're not getting your claws into my son!" (oh, as if!)
Nick to Steve "You are a lying, devious, selfish cheat" (takes one to know one)
Tim to Craig "You see the good in people no matter how well it's hidden"