Bring back Sunliners to Coronation Street - and here's why 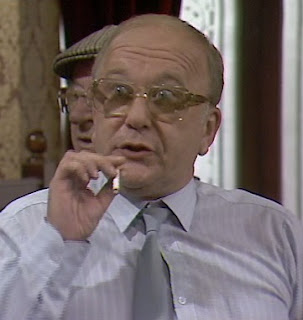 Another great guest blog post from Coronation Street fan Rob Coates.  Ron has already written for us on the subjct of Steve McDonald and he wrote a poem about Zeedan Nazir.

This time, Rob wonders about those who wander from Weatherfield.

Ok, so not everyone gets a happy-ever-after on a sun-soaked beach - poor old Reg - but why do people always move so far away?

Nobody in Weatherfield ever moves "five minutes away."  It's never just a few stops on the Weatherfield Wayfarer.  If you want to leave Coronation Street, you either move hundreds of miles away to some [mostly] exotic location. Or you move to Victoria Court. There's no in between.

In the late 80s, Gail attempted to live away form the street in her cosy Weatherfield council house with Brian. And look what happened to her. All her husbands ended up dying or moving to Liverpool. Life can be very cruel.

Sally once had lofty ambitions to move to leafy Cheshire. Which is at least a little bit closer than South America yet further than the Corner Shop. Perfect! But, alas, poor Sally divorced her long-term garage owner, Kevin Webster. And married long-term ladder-owner, Tim Metcalfe. So she never quite made it past Viaduct Street.

Raquel Watts moved to Kuala Lumpur. Bet Lynch ended up in Brighton. And if memory serves me, Bill Webster returned to Germany.

Nobody ever gathers all their friends and neighbours in the Rovers for a goodbye send-off to move to Wythenshawe or Fallowfield. It always seems to be some far-flung destination that prevents them from ever popping over for a quick catch-up and a gossip in the Kabin.

With so many locals going on their travels, it's amazing that Alec Gilroy isn't still running the Weatherfield branch of Sunliners. They'd be quids-in.