Nick and Leanne, Steve and Michelle, Peter and Toyah - Couples under the Microscope 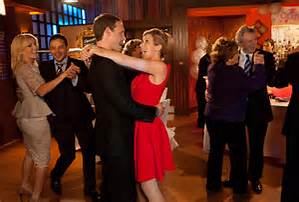 (This post was originally posted by Ruth Owen on the Coronation Street Blog in January 2016, reposted to this blog with permission.)


Under scrutiny are 3 couples - , Nick and Leanne, Steve and Michelle, and Toyah and Peter.

Leanne and Nick have been together on and off throughout their adult lives. Should they now realise that they don't really work or should they make a major effort for the sake of the new baby and for Simon, to stay together? Well, try as they might, it seems increasingly improbable that they will not see it through. Only this week, Nick's antagonism and volatility to anything to do with Steve, showed itself again in one of this week's episode 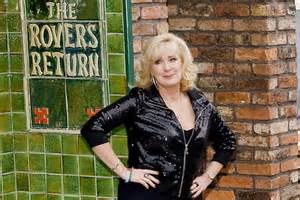 As Liz is Steve's mother and the biological grandmother of Leanne's baby, Nick cannot accept the gift of a Moses basket, which Leanne had graciously accepted, in the full knowledge that this is the day when Steve and Michelle attend their baby's funeral. Demonstrating her emotional intelligence, a thawing towards Liz has occurred in Leanne, in the acceptance of the Moses basket. Nick, by contrast demands that it be removed and not just because he has bought one too, but because he is churlish and ungrateful and because Liz happens to be Steve's mother. As far as I know, Liz has never done anything to hurt Nick and yet he is inexcusably rude to her. That she must be suffering and grieving seems to be an irrelevance to Nick. His selfishness and thoughtlessness get in the way of common decency.

Nick has a further difficulty - Peter. Despite Leanne's reassurances, Nick is jealous of Peter. Viewers will remember that in an unguarded moment Steve confessed to Peter that he was the father of Leanne's baby. It seems unlikely that Peter will not use that knowledge to his own advantage when the moment should arise.

Leanne and Nick's relationship cannot stand the strain. Affected by Liz's loss, it may be that after all Liz may have a role in Leanne's baby's life. That said, Nick may be more than unhappy about that and put a stop to it. 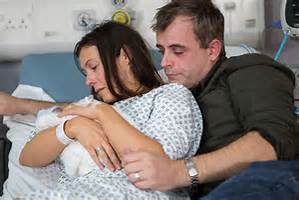 Though temporarily reconciled after their baby's funeral, the future looks less than secure for Steve and Michelle. Inevitably, it will be revealed that Steve is the father of Leanne's baby and in her fragile state, Michelle will be devastated. And what of Robert? So far, having told Michelle that he has feelings for her, might she not take solace in him? She will no doubt discover too that all along Liz knew that Steve was the father of Leanne's baby. It is perfectly understandable that Liz did not reveal what she knew to Michelle. Whether Michelle will see it this way is more than doubtful. 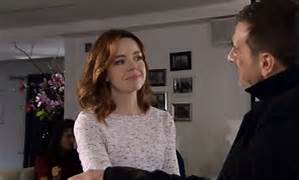 From the beginning, I have struggled to understand why Toyah and Peter can't tell Leanne that they are an item until her baby has been born. My own belief is that Leanne won't really care that much except for an anxiety over Peter's ability to remain faithful.

I wanted to be convinced but Peter and Toyah just don't work for me and that is aside from the coincidence of their ever meeting and then the further step of them deciding to begin a relationship, despite Leanne's past with Peter and the fact that she is bringing up his son.

And what about husband Toby? Toyah has no children and her biological clock is ticking. This may not concern her but then again, if it does, and she may have her maternal feelings stirred up by the arrival of Leanne's baby, it seems unlikely that Peter will be keen for another child.

It was unseemly of  Toyah to allow Simon to take the blame for the cigarettes that Peter had left at Leanne's flat. Has she no moral fibre? What decent adult  allows a child to take the rap for something for which they themselves are wholly responsible?

Maybe it's an obvious conclusion, but, with the best will in the world, it won't last.