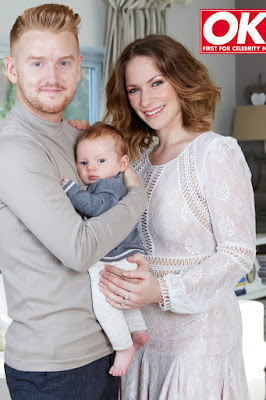 Mikey North, who plays Coronation Street's lovely Gary Windass, became a dad for the first time in November last year.  He's given the first pic of the baby, called Archie, to OK! Magazine with an interview too.

Mikey and his wife Rachael described the birth as something from the "chainsaw massacre" after Racheal’s labour resulted in a near-blood transfusion after an episiotomy went wrong.

"I had to have an episiotomy but unfortunately they cut through a vein and I lost one and a half litres of blood," Racheal said.

"She was throwing up with the pain," Mikey said. "I had tears in my eyes just watching."