Dean Fagan Interview: Why I wanted to leave Corrie 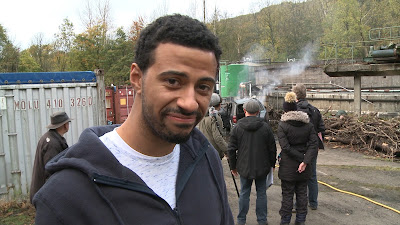 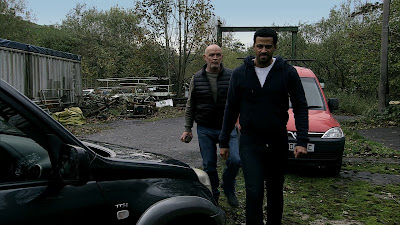 After stumbling across evidence that Phelan was implicated some way in the disappearance of Andy Carver, Luke signed his own death warrant by letting Phelan know he was on to him and was planning to go to the police. 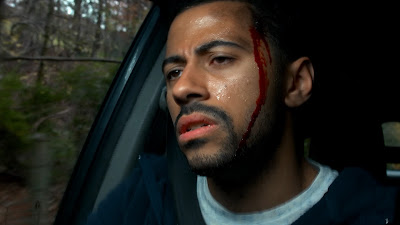 A high speed vehicle chase led to an altercation between the two men with Phelan shooting Luke as he sat in the driver’s seat of his car, with Luke still alive Phelan then shot the petrol tank leaving the mechanic to burn to death in the fireball explosion. 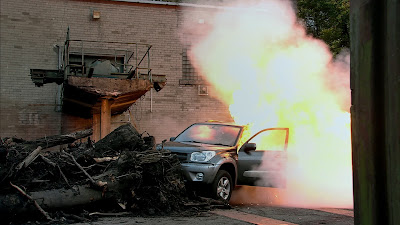 Here Dean Fagan talks about how his decision to leave led to the dramatic showdown and how watching Luke’s death being filmed was like an ‘out of body experience.’

What made you decide to leave the show?
My decision to leave was based purely on my age and I felt that the time was right now to go and try new things! Also before I start to get older and want to settle down and life starts getting in the way of things and before I get too comfortable which is easy to do in this job, it is amazing job but I am also a person who likes to have new experiences. I have been here four years in December which as an actor is a long time in some ways to be playing the same role. I’m 29 and before the big 30 I felt I needed to make that break and try something else, it is a pivotal age.

What will you miss?
I will miss the people, it has been an experience that I will never forget, I have learned so much, to me Coronation Street is a microcosm of the whole industry, you experience everything within this environment.

Did you think they would kill Luke off?
When I told Kate that I wanted to leave obviously then it is up to them how they decide to write you out but this suited me perfectly, I like to finish something and not have the safety of thinking I can go back as it makes me hungrier for the next thing. It would be very easy to have that thought, I love Corrie, my friends are still there, should I ask to go back!

When did you find out what was going to happen to Luke?
I originally spoke to Kate in about June saying I wanted to leave at the end of my contract and she said ‘ok let us work on something’ I said I was prepared to stay a bit longer if it helped them work through the storyline. I then saw her a month or so later and asked how he was going to leave and she said ‘it’s final’ and I said ‘how final?’ and she said ‘pretty final - in a big ball of flames’ and she proceeded to tell me about the racism storyline and how that would intertwine with Luke trying to look for Andy and Luke pulling at the string with Phelan until he can’t take any more.

What did you think about your exit storyline?
For me there are two interesting stories - being involved in the Phelan story and the racism one, the show has rarely explored racism. It is great that the show is exploring these sort of attitudes that are sadly still around and for me acting out those scenes was not hard, as how he reacted would be my reaction which is easy to play. It needs to be done more in a way to bring it to people’s attention how it does affect the people on the receiving end.

I was excited to realise I was going to be a pivotal part of the start of Phelan’s demise, the start of the unravelling, that someone else has found out the truth and he has now killed again which is a desperate act and one that is going to eventually start more questions being asked. The Phelan era is huge and he has played such a massive part in the street so to be involved in that is brilliant. Luke will play his part in the whole end game.

What was it like filming those final scenes?
It is full on almost action story stuff, mild mannered mechanic to Mad Max. It was exciting to get the scripts, the car chase the gun shot through the window. It felt different knowing it was my last scenes and the set up for it all. I was out of my comfort zone and we were away from set, it is on the bleak moors essentially so it added that extra creepy atmosphere and drama.

What was nice was the fact that Alan Grint and John Folkard the same director and first assistant who filmed my first scenes filmed my last scenes so I felt I had come full circle. It felt like going out and filming a feature film.

How did it feel watching Luke die?
I was on set, it felt strange, I didn’t realise he was going to burn to death, I thought he would be dead from the gunshot so to watch that explosion and watch the car burn knowing ‘Luke’, someone I had known and played for four years was ‘in there’ and that was the end for him was weird. Even though he is a character it is still you so it is a bit like watching your own demise and physically standing there and watching the end of four years of your life going up in a fireball is quite a big thing.

I felt quite emotional about it - I didn’t get to play out his death on screen I got to watch him die. Most deaths on screen the actor is holding their breath and lying there dying in a hospital bed or on the street but this was more like an out of body experience to be there on the day they filmed that final scene but standing on the sidelines watching it. I came down the hill above where the scene was being done, I was like his soul standing there and watching him die.

What are you doing next?
I am in a play in February for Hope Mill Theatre Company, written by Renny Kaprinski. He is a great playwright. It is called D’Eon set in 1769 and is about the first openly documented transgendered person in European history. He was a French Aristocrat sent over by the french politicians to negotiate with the British at the time when they were at war with the french, it is a fascinating story. The French did not like the fact he was a man who turned into a woman. I am playing a guy who is assigned to bring him back to France to be charged with treason. Very different from Luke and Corrie!

I would like to just try out few things, to do different dramas, hard hitting stuff and things that have something to say, just keep learning, throw myself in the deep end and see where I go from there.