Was Christmas Corrie a bit of a turkey? 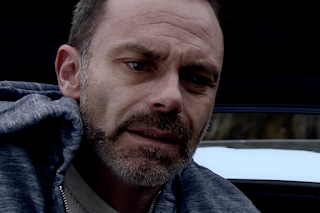 (This post was originally posted by David (Clinkers) on the Coronation Street Blog in December 2017, reposted to this blog with permission.)

Maybe I'm just getting old. Or woefully jaded. Perhaps both. For UK TV viewers, the Christmas schedule seemed a little bit lacking. Ok, so we had Doctor Who donning a bra and French & Saunders popped up to remind us that despite having been on the box for thirty years, they are still capable of providing a chuckle or two.

It's Corrie that we are bothered about though and I was looking forward to sinking into a post-mince pies and prosecco fug of cobbles-based bonhomie. Instead, by 9pm I was feeling a little irritated although that could have simply been the culmination of sprouts and stuffing. Boxing Day's episode fared little better.

The Corrie Christmas appeared to be one devoid of  . . . well, Christmas. Not much in the way of family fun, half-ruined dinners and people having downed one sherry too many. Instead we were treated to the eternally whimpering, simpering Billy. In  true Corrie style he's made the journey from decent bloke to miserable wretch in a short space of time. True, he had to put with his boyfriend's fake scar and the add-on daughter Summat (and nowt) but even so.

Then we have the Barlows, desperately trying to remember which version of Susan to mourn. Was it the one with the Scottish accent from the early eighties, the one gamely trying to deliver a line in the mid-eighties or the forgettable one with the perm? It didn't matter. Ken slipped into Mafia Don mode ("Don! Don!" - ooh is that the Ivy-shaped Ghost of Corrie Past rattling her handbag?) and rallied the troops. He then appeared, as threatening as a 90 year old blonde could be, at Billy's bedside, verbally slinging a horse's head at him. 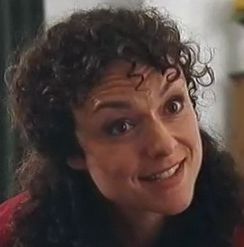 A slight burst of sympathy for the Rev. Mayhew. Having suffered the attentions of Don Barleone, the poor man also had to contend with a visit from the unlovely Eileen. Tethered like a grim barrage balloon, she sucked the joy out of numerous scenes as we have now come to expect. Glum mouth, disapproving eyes - Eileen wouldn't recognise a laugh if it coshed her around the head. We can only hope for dear old Pat to splat her in 2018. Please please please. After she had been wheeled off stage right, other Barlows seemed to appear like avenging angels. I half-expected the late Val and Uncle Albert to put in an appearance.

There were other moments to savour. A woefully underused Liz offered up her car on Christmas Day. Eh? When did she learn to drive? Back in the days when a man walked in front of the vehicle waving a flag? More importantly, where does she keep this car? Down her cleavage? In a scene worthy of Acorn Antiques, we saw Liz creep around the corner of the Street at around 3 mph. Priceless. 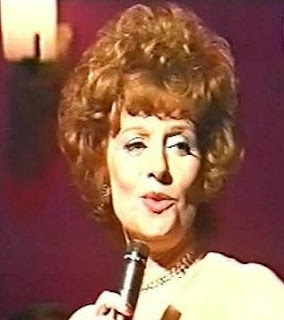 Elsewhere my heart sank through several feet of Christmas pud as Rio Rita bustled into view, cackling on about the jukebox not working. "Here we go . . ." I thought. How about you give us a song Reet? "What, little old me?" said the Primark Ethel Merman. Luckily for us, Eva muscled in on the scene and rescued us from something that no one could have stomached at 9pm on Christmas Day.

Gail provided the only real laughs over Christmas with her spirited rendition of Dean Friedman's Lucky Stars. Carla fluttered around and made little real impression in what was a low key return. Steve and Tracey's afternoon delight revolted Amy (and me) but seemingly most of the cast was missing in action - Tyrone, Kevin, Izzy, Chesney, Sinead of the Soap, Sean (oh well . . .), Sally, Tim - where were they? Probably queuing at Billy's bedside behind the Barlow Cosa Nostra. Be afraid.