Death on the cobbles

It's a requisite part of any continuing drama that the characters will eventually have to be killed off. Not everyone of course. The very nature of drama means that those we have known and loved, or even loathed, will never pass away quietly under a snowy white duvet, friends and family gathered around, teary-eyed yet thankful for a life well-lived.

The  fire at t'Rovers had very little appeal. Even the hopeful prospect of St. Ella of the Back Room perishing like Joan of Arc is perhaps not that great a draw. Death in Weatherfield is not what it used to be.

Personally, for shock value alone, I'm taken back to episode 1772, broadcast in January 1978. The day Ernie Bishop met his maker. The preamble to his demise has been well-documented over the years. Actor Stephen Hancock was less than happy with the programme's slightly odd idea that certain members of the cast were paid regardless of the number of episodes they appeared in. Hancock was not one of the lucky few and having been told by Bill Podmore that this system would not change, the end of Ernie Bishop was nigh.

The general agreement amongst the management was that Ernie would have to die. It was unlikely that the character would have had an extra-marital affair, given his Christian beliefs, so death was the only possible exit. 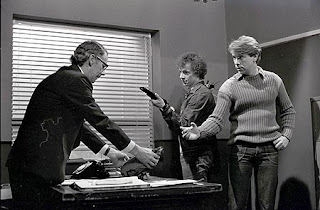 As a child, still at primary school but already a keen Corrie viewer, I found myself horrified by Ernie's murder. At that age, death still seems a long way off and you don't expect anyone to disappear from your life, even if they are fictitious. Here was a character who had regularly been popping up on my telly a couple of times a week for the entire length of my life. The following day at school, Ernie's murder was the only topic of conversation. Kids were genuinely shocked. Of course, it's only a TV show and we soon moved on to other things but, for a while, the sight of a familiar character meeting a bloody end had a palpable effect. 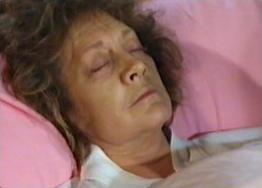 Thirty five years later, we are all a bit older and wiser. Some Corrie deaths still have the power to resonate though. Alma Halliwell's demise from cancer was pitched beautifully, with the right amount of anger, sadness and resignation. It was an emotional departure for another much-loved character. The long goodbye of Mike Baldwin was similarly sad and even the off-screen passing of Betty Williams brought a lump to the throat.

Death, in most dramas, tends to be overplayed these days. We get used to characters falling from rooftops, being clubbed over the head or exploding in sets that require a makeover. These kind of endings are simply run-of-the-mill. Using the death of a little loved landlady in order to build a shiny new Rovers, if it turns out to be true, will be shockingly ordinary.