(This post was originally posted by Clinkers (David) on the Coronation Street Blog in March 2013.)

For many of us, watching Coronation Street has been a lifelong affair. It's a habit that becomes ingrained in the fabric of our lives and the comings and goings of Weatherfield folk become a talking point. Sometimes even a reference point, as events in that make-believe world can often remind us of where we were and what we were doing at that time. It's this link with our own history that makes me wonder if we are guilty of sentimentalising the Street. 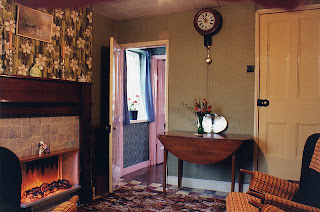 Those of us who picked up the Corrie habit back in the 1970s may well be remembering their own childhood. Certainly for me, it was a time without too many cares other than getting out to play after school and wondering how to spend my pocket money. Twice a week though, there was Corrie. It was one of the few times when, as a family, we sat and viewed. Paraded across our screens were the likes of Annie Walker, Betty Turpin and Hilda Ogden. Despite their faults, they were sympathetic characters of a certain age and while they did not represent actual people in my own family, they did resonate. 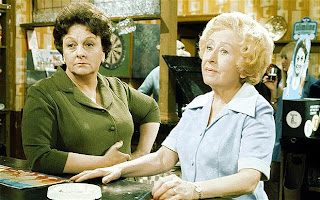 Which brings us to today. Time moves on and naturally, we say goodbye to people along the way. However, our Corrie favourites from yesteryear live on. Through video, DVD and social media they remain with us and in doing so, provide a link back to a time and to people long since gone. Watching old episodes from the 1970s and 1980s can instantly whisk us back to a period when our lives were, arguably, less complicated.

I am more than happy to waffle on about the good old days of Elsie, Eddie and Ena because they played a part in my formative years. If a character left, sometimes there was that strange sense of bewilderment that you only ever get as a child. Life in a fictitious northern street helped prepare me for life in my actual northern street. It sounds silly but at times, Weatherfield was definitely my mentor.

It's only natural that we sentimentalise the past. We strip out the bad bits where possible and remember the golden summers of the mid-seventies, the horrendous fashion, the ill-advised hairstyles, those first relationships and those final goodbyes. Accompanying us through those highs and lows were Bet, Mavis, Rita et al. This is why we sentimentalise the Corrie of the past and no doubt in twenty years time, there will be a whole bunch of devotees looking back with fond memories of Eileen, Tina and Tyrone. But never Tracy.