The Young Fogies of Weatherfield 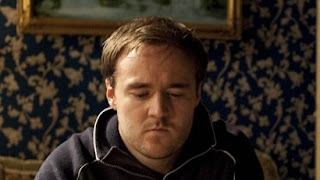 (This post was originally posted by Clinkers (David) on the Coronation Street Blog in February 2013.)

Now there used to a time when the only hatchet-faced women and grumpy men came in the shape of Ena and Albert. As Mary Hopkin once sang, those were the days my friend. Fast forward a few decades and the cobbles are awash with twenty-something miseries.

For the vast majority of people, their twenties are a period of celebration. University is over, adult life begins but is not yet totally entrenched in the day-to-day routines that come in your thirties. It's a time for having a few laughs, settling down to your first job and maybe meeting the person you will possibly grow old with. Unless you live in Weatherfield.

A soon as you are out of sixth form (not that many Street residents ever seem to make it that far), it's time to saddle yourself with a life-partner, child and mortgage. The latter always engenders a sense of amazement, given that part-time shop work or assembling hideous knickers seems to be the only work on offer. With this veritable box of emotional delights comes unending misery. Cheery young blokes sport furrowed brows, pretty girls morph into bitter harridans. It can only be a matter of weeks before we see FayE charging across t'cobbles brandishing a shopping trolley on wheels and with a drab headscarf tied under her chin. 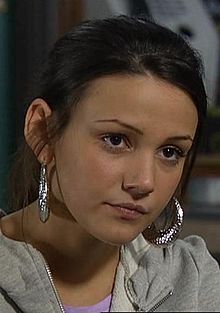 Come on, powers-that-be! Give these kids a break! Life can be tough but it doesn't have to be all the time. Let's see the younger members of the Street having a few laughs, maybe a holiday away together somewhere where nobody feels the need to cheat, harangue or kill each other.

Or failing that, an evening at the bingo and then home for a milky drink.

Excellent article well said! It drives me absolutely crazy why none of the young people on that street ever aspire to better themselves. If they do go away to school they either get kicked out, quit or come back with a new head!At one point in time Chesney was supposed to be clever and was headed to Oakhill (I forget what happened) now look at him a right misery guts. I don't get why they all what kids at such a young age.