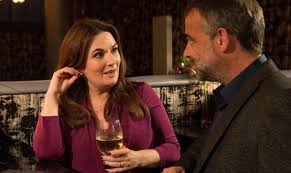 (This post was originally posted by Ruth Owen on the Coronation Street Blog in December 2015, reposted with permission.)


Anna, 48 and Kevin, 50 are the first of the possible couples to be placed under Weatherfield’s microscope. My sense about these two is that a relationship could work. There definitely seems to be a spark – not giant flames but a spark,  nevertheless. Both are single, both are hard workers, Anna has Faye to bring up, who has yet to pass through the often difficult teenage stage, but that is perhaps her only complication. Kevin has Jack. Anna adores children and as Faye is Kevin’s best friend’s daughter, he may know Faye quite well. Neither Kevin nor Anna are going to set the world alight with their intellect. Yes, they should give it a go. 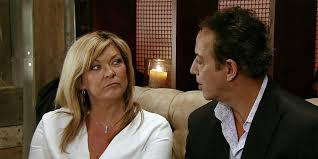 As for Dev and Erica, another possible couple, I’m less sure. It is clear that Dev is rather enamoured of  Erica. Mary has noticed this and in the best interests of Dev’s twins, she has had a word with Dev. As regards Erica, it is not easy to read her. It seems, at the moment that she is not attracted to Dev. After the trauma of losing the baby and of breaking up with Nick, she may be wary of beginning a new relationship. My hope is that Erica, 50 and Dev, 51, do get together. Though Dev is quite a strong character, I think Erica will be a match for him. She is tough, independent, kind and level–headed. It will be important to Dev that Erica gets on with his children. Not wanting Mary to feel redundant or irrelevant, Erica would surely leave the day to day running of Asha and Aadi’s lives to Mary. It was touching in a recent episode to witness Erica’s kindness towards Mary. That it was noticeable is a condemnation of those who treat Mary as the cobbles’ joke: Norris and Tracy in particular. Mary is a litmus test, which Erica passed with flying colours. 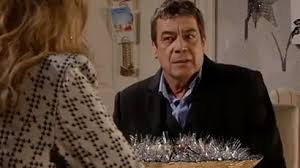 Until last night’s episodes, I hadn’t really considered the possibility of Liz and Johnny becoming a couple, but it is looking quite likely, now. They seem at ease with each other, are on the same wavelength, and they’ve been round the block a few times. We’ve been with Liz as she has been round her block, but Johnny’s block is only just opening up for us. He must be about the same age as Liz too, perhaps a little older. (I can’t find his age anywhere!) 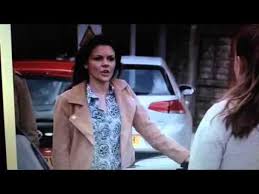 Sally would like her daughter Sophie to be in a relationship with Kate Connor.  The problem is that despite the fact that Sophie and Kate seem to get on, and there is a bit of a twinkle in both girls’ eyes, Kate is engaged and due to be married. My prediction would be a break up with her fiancée and the slow start of a relationship with Sophie. Both girls would have an amount of guilt to deal with though: Kate for hurting her fiancée and Sophie for moving on after Maddie. Perhaps she should have a word with Ken. 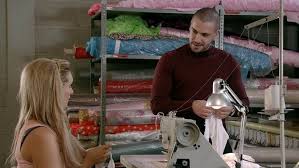 As for Aidan, I would guess that Eva will be the chosen one, especially now Sarah is pregnant, but there could be some interruptions on the way. Is Eva over Jason? Is Jason over Eva? My guess would be no, but as Ryan Thomas who plays Jason is leaving, at least for a while, he won’t be around. Perhaps Eva’s new relationship will be the cause of his departure.

All this is of course speculation, and I am just as happy to proved wrong as I am right.  All we can do is sit back and wait.

More to follow, when next, some present couples will be placed under Weatherfield’s microscope.

Email ThisBlogThis!Share to TwitterShare to FacebookShare to Pinterest
Labels: couples

QUOTE "It was touching in a recent episode to witness Erica’s kindness towards Mary. That it was noticeable is a condemnation of those who treat Mary as the cobbles’ joke: Norris and Tracy in particular. Mary is a litmus test, which Erica passed with flying colours."

I agree !!! I think Erica is developing into a solid , likable and gracious character . Not too many of em on the street these days .
I liked her and Nick together but it would never have worked.

The actor playing Jonny Connor is 60.