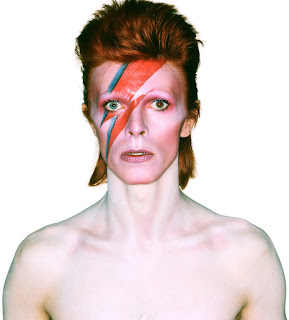 For those of us mourning the loss of David Bowie, I hope this brings a little smile.  In an article in last week's Guardian about Bowie, it transpires that the man was a fan of our favourite show.

Here's the relevant paragraph, but it's worth reading the whole interview of course.

"... It’s June 1978 and 18,000 fans are whistling and wailing for the intermission to end. They clap their hands, stamp their feet and holler for Bowie to return. He has performed live for 1.5m people in 43 cities over the previous 14 weeks.

Behind the stage, along a concrete corridor, their starman sits in silence, dressed in snakeskin drapecoat and huge baggy white trousers, watching Coronation Street. It’s his routine to catch an episode on video during the break: to let him get his breath, to occupy his mind but not engage it, to help him hold on to the stratospheric high from the concert’s first half."