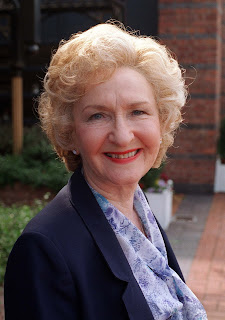 The Sun today have a story that says Eileen Derbyshire, who plays Emily Bishop, is taking a break from the soap.

We have no idea if this is true or not, so take it with a pinch of salt until or if ITV confirm this story.

The Sun say that Eileen Derbyshire will leave early in the New Year for six months. Mr Curry Sauce tells The Sun that she may not return.

Eileen Derbyshire, 84, is the longest-running female cast member on Coronation Street and has been in Corrie since 1961.