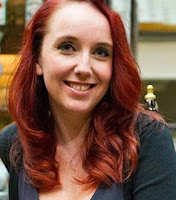 There's a story in today's Mirror that says when new Corrie producer Kate Oates takes over next year, she's going to clamp down on spoilers and leaks.

There's no official source for this storyline, just a TV Insider who is quoted by the Mirror so read the following with the usual caveat.

The TV Insider told the Mirror that Kate Oates "plans to ban mobiles on the set, detests photos of work scenes and location snaps posted on Twitter and is ready to sack any cast member or production worker caught chatting about future storylines away from the studios.

"While she was at Emmerdale nothing like that ever appeared - but she has been surprised to see what Corrie stuff gets on the internet from the cast.

"And another massive bug bear to her is the leaking of plotlines. Again, it never happened while she was at the helm at Emmerdale, and she hates that loads of Corrie stuff is getting out before it’s on screen".

Michelle Keegan, who played Tina McIntyre on Corrie, once caused outrage when she tweeted a picture of her script which gave away the storyline ending as to who was the father of Kylie's baby.