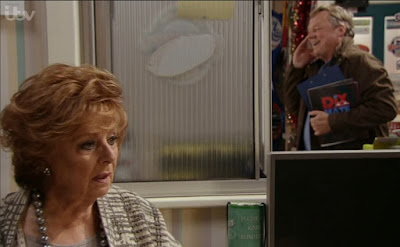 An epic awards week since we had 5 hours of Corrie!

Caught out award: Rita overheard Brendan lie about going to the convention alone...Lying to his wife!!

Fashion almost-fail: Nessa was considering a flowered jumpsuit for the engagement party. All I could think of was i hoped I had a supply of brain bleach in the cupboard.

Reboot award: Well, Nessa did want a bit of a change and spruce up, after all. That's what she got!

Darth Vader award: Rob. "Johnny, you are her father!" The news certainly did come from the dark side! Rob was only fishing but came up with a big catch. 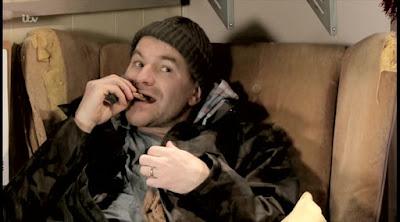 Out of character award: I don't think I've ever seen Carla chew gum before. But, come to think of it, I may have heard her buy some in the Kabin on rare occasions. What say you?

Musical Ambiance: Beyonce's Put a Ring on It in the singles bar. "True" by Spandau Ballet in the Bistro when Michael was outed as a burglar.

Phrase of Doom award: Eileen saying to Michael that he won't regret going to the ceremony.

Perfect Acoustic award: The back room of the Salon. Bethany always manages to hear the conversations out in the main room with utter clarity, especially when it's something she wasn't supposed to hear.

The Shadow Knows award: Billy seems to be shadowing Sarah, why else is he popping up all the time around her when she's in crisis? 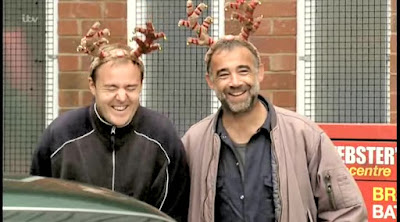 Holiday spirit award: Kevin for his reindeer antlers! and all the neighbours pulling together to decorate the street.

Circling the drain award: Once David threw Callum's "murder" back at Kylie in the salon, I could hear the pop of the plug and the glug, glug of their marriage leaking down the drain, couldn't you?

Moment of the week: Audrey telling Bethany she was too old to get pregnany by their family's standards! Brilliant! 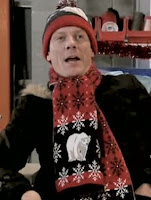 It's all about me award: Eileen turned the revelation about Michael into a big whinge fest about herself.

The only game in town award: Anna and Kevin are both on a date with new people. Both at the Bistro because you know, it's the only place in Weatherfield in spite of the city centre of Manchester being not a million miles away.

Hypocrite award: Robert. It's ok to insist that Tracy tells the truth but it didn't take much for him to lie when Rob asked him not to tell Tracy he called.

He's A Very Naughty Boy: It wasn't murder, it was just a mistake. Tracy, luv, you would know all about that! 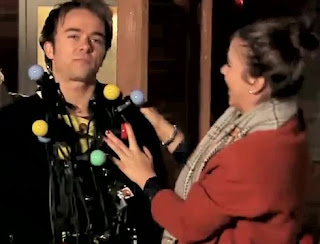 Santa's little helper: David ended up being festooned with lights!


Lines of the week:
Rob to his cellmate "I'm not going to feel your hands. One thing might lead to another"
Nessa "I'm as easy as they come" (you can say that again)
Johnny "I was never her uncle" Rob "How could you be, when you're her dad!" (and there it is!)
Audrey "I'm an experienced hairdresser. Do you think I'd do something like that by accident?"
Liz to Johnny "I'm a barmaid. I keep everybody's secrets"
Erica "It's a school play, not an audition for RADA"
Kylie "Maybe it squares it. A life for a death"
Michael to Sean "You're not that superficial?" Sean "Oh I am, cock, but at least I'm honest!"
Erica "I'm just here as her immoral support"
Kylie to David "I don't think you're happy unless you've got an enemy"
Tracy to Robert "Am I in the way?" (Stood in the middle of a busy restaurant kitchen)
Billy "Do you think I should go over there?" Sean "No need. I can hear them quite well enough from here"
Gail "We don't need his help. We make our own mess" and "You! Up the duff by the monster that terrorized our family??!!"
Bethany "Maybe it's time I got pregnant" Audrey "You are far too old to get pregnant in this family!" (Bwahahaha!)
Tracy "I loved my Cabbage Patch Doll" Ken "You eviscerated it on this table!" Tracy "What?" Ken "Disected it!" Tracy "Because I wanted to be a doctor and he (Ken) wouldn't let me use anything live"
Sean about Billy "As far as vicars go, he's more Glastonbury than Canterbury"
Michael "Where's a bloke supposed to go round here to get a bit of privacy?" Gail "Well, not the pub at the end of the street!" (logical)
Eileen "Todd accepting a Good Samaritan award? It's like Tracy Barlow accepting a Nobel Peace prize!"
Eileen "All I've had to eat is a big slice of humble pie"
Michael about Eileen "She's very deep, that one" Gail "Very deep. I doubt you'd hear the splash" (loved that line!)
Nick to David "You need a wife" David "can you think of anyone? How about Alya, she's pretty fit"
Michelle "He fancies the pants off you" Liz "He can fancy all he wants, they're staying where they are" (that's a first!)
Todd "I was about to become a solicitor. Now look at me!" (and who's fault is that?)
Carla about the wedding dress "I wish I had a pound for every time I had one of these on"
Amy "I don't want a smoothie. I want a mother"
Johnny "I'm going for a pint. Tweet that!"
Tracy "Do I go for something friendly, something funny, something arty? I am all of those things"
David "Fair play to Callum. He never managed it while he was alive. But, dead, he's nailed it. He's torn us apart"