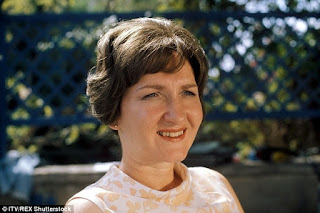 (This post was originally posted by Graeme N on the Coronation Street Blog in December 2015, reposted with permission.)

With the imminent departure of the wonderful Eileen Derbyshire, I wanted to write a blog about the great lady and her longstanding Coronation Street character, Emily Bishop. However temporary this departure is (and I really hope she does come back next year) it does mark the end of an era as yet another long serving cast member says goodbye. Earlier this year I posted this blog singing the praises of both Emily and Eileen. It seems a fitting tribute to them both again now.

Emily Bishop has had some cracking little scenes in Coronation Street recently. Having done one of her numerous disappearing acts these days, she has bounced back with aplomb. 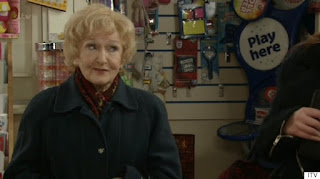 I make no secret of the fact it has taken me a while to appreciate the quietly plodding Emily. However Eileen Derbyshire is such a subtle, skilled actress that this, together with her lack of interest in any publicity whatsoever, can often mean her contribution to Corrie is overlooked.

Some people criticise Miss Derbyshire for keeping herself to herself or find it weird in these social media days however I think it's quite refreshing for someone in the public eye to decide not to share the contents of their breakfast with all and sundry.

I remember the fabulous Kathy Burke praising Eileen Derbyshire in an interview some years ago, saying she was an underrated actor who never received the plaudits she was due. After all, she has been with Coronation Street since January 1961 which is quite an achievement. Many see her as surplus to requirements these days, a relic of a bygone era perhaps? I disagree. 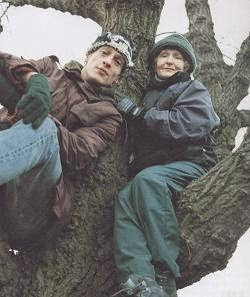 Last year Eileen Derbyshire appeared in only 39 episodes compared to Alison King's 163 and Kym Marsh's 152 but it doesn't really matter. We collectively shout "Emily!" whenever she suddenly appears. I can understand that it is only right Eileen may opt for a reduced workload these days given the pressures of filming, but I still think the character of Emily has much to contribute.

Emily is often classed as dull and uneventful. She once said:

"I've always wanted to be stormy, passionate and tempestuous. But you can't be. Not when you're born with a tidy mind."

A beautiful line. However it's not always been sweet sherries and charity work. She narrowly escaped marrying Leonard Swindley in the 60s; saw her beloved husband Ernest killed by armed robbers in the 70s; married a deranged bigamist in the 80s and coped with Percy Sugden for far too many years. She protested up a tree in the 90s and took in a rather familiar looking Mel Hutchwright and his Hard Grindings in the 2000s.

Every long running serial needs its constant, steady Eddie characters and in this regard Emily is invaluable. She is a vital link to the established narrative of Coronation Street and despite first appearances I really do see her as a classic strong Corrie woman. She bounced back remarkably from Richard Hillman's attempt to kill her and to this day stands up for what she believes in. Eileen Derbyshire is capable of a broad range, from light comedy when disapproving of Norris or a raised eyebrow at Rita's chequered past to powerful, moving scenes when she confronted Ernie's killer many years on. 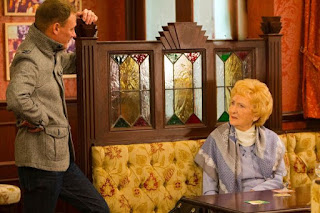 Only this week she stole scenes from everyone around her during Sean Tully's daft rant at her in the Rovers. As Sean jumped to conclusions Emily was quiet and calm in her defence while still leaving everyone in no uncertain terms as to who had won the argument. It was a delight to watch.

I am so glad Eileen Derbyshire still pops up in Corrie from time to time and I for one will always look forward to her scene stealing cameos.