5 things we learned in Corrie this week

It's been a busy old week in Weatherfield this week. Let's have a look at some of the things we learned this week that we didn't know this time last week.

1. The house next door to Jamila Court has three bedrooms and rents for £800 a month.  Now then... if that flat is up for rent it means that someone owns it, but who? Enquring minds need to know.  Sarah also called it a 'flat', not a house, and yes, it's possible that it's two flats sharing one front door.

And as spotted by our blogger Chewy, who is on twitter @WeatherfieldRec the house next door to the one viewed by Gary and Sarah is also up for sale.  Even more new residents moving in, perhaps? 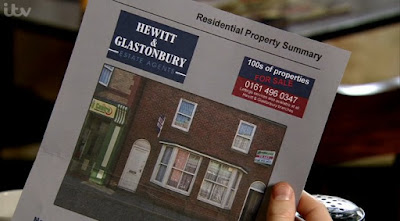 2. Billy has a god-daughter called Summer, an ex-fella called Drew... and the best bit of all, a rainbow umbrella. 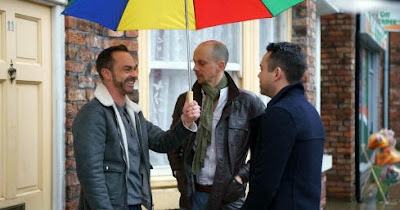 3. Teddy one-eye lives and breathes and can hide £200 in his pants. 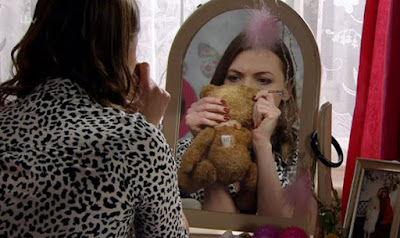 4. Fluffy-headed Rosie Webster is the new Columbo, hunting down and confronting Leah, the person she thinks is Sally's stalker. 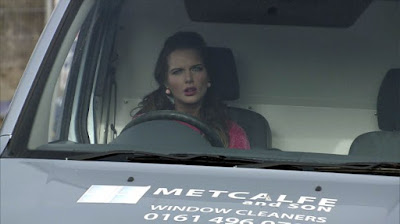 5. And finally, Tracy Barlow is pregnant. Well, OK, we didn't learn that, and there's no evidence to suggest that she is except for Soap Rule 178, sub-section (a), part (iv), wherein anyone who sleeps with anyone else will end up in the pudding club. Let's hope it comes to pass. A murderer carrying another murderer's child! 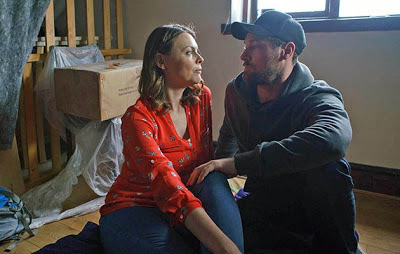