Inside the Corrie Prop Store (Part 2 of 3) 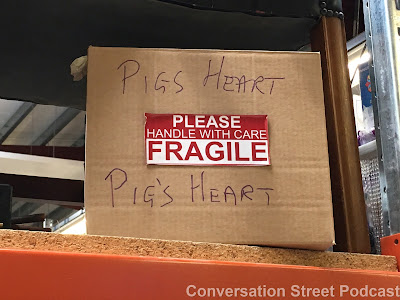 Our friends Gemma and Michael, the Coronation Street podcasters at Conversation Street...

... were recently invited into ITV studios for a very special look around the Coronation Street set. And while there, they were given a tour of the Corrie prop store too. They have very kindly offered to share the experience with fans here on the Coronation Street Blog - and they've sent some cracking pictures too.

Gemma and Michael spoke about their visit to Corrie in a recent podcast and you can listen to it here.

The blog post is quite long and to do it justice here on the blog with all the pictures, I'm splitting their report into three parts.

And so, it's back to Gemma and Michael...

"Speaking of portraits, we were chuffed to see the oil painting of Alf Roberts in all his mayoral regalia, which always used to be seen above the fireplace at Grasmere Drive - fortunately not destroyed by Audrey's recent damp problem! 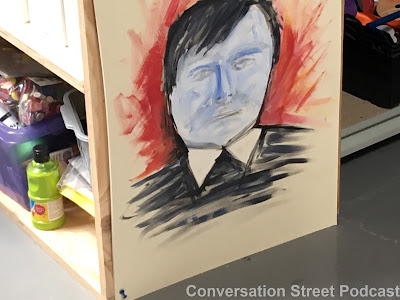 Other highlights included a couple of Sally Metcalfe's recent unwelcome gifts: the tandem that Tim bought her earlier this year, the Australia-less globe (sitting on a shelf amusingly labelled BUMPF) and a cardboard box with PIG'S HEART written on. 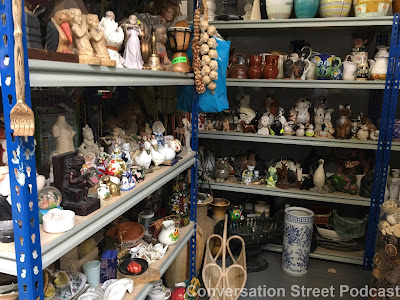 Now this was an opportunity we couldn't miss. Asking for it to be pulled down from the shelf, we gleefully peered inside at the incredibly realistic model, which was now sitting in a bed of plastic wrapping. 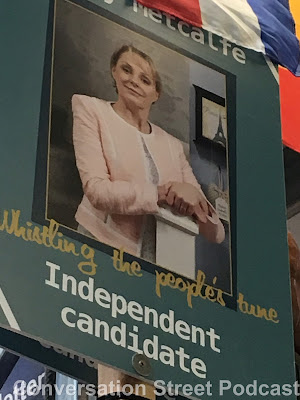 Jenny Bradley actress Sally-Ann Matthews, who was accompanying us on the tour and whose idea it was for us to even visit the prop store in the first place, even recoiled upon seeing it, telling us she expected it to smell! It was so realistic looking, no wonder Sally Dynevor was able to give such a stellar performance of horror when opening the package on screen! 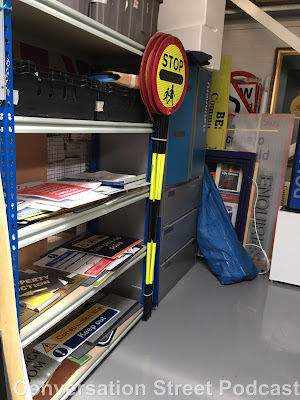 During our trip to the prop store, we were also able to chat with some of the guys working there, who were eager to show us some of the more interesting exhibits, such as a drawer full of babies (of course - where else would you keep them?). 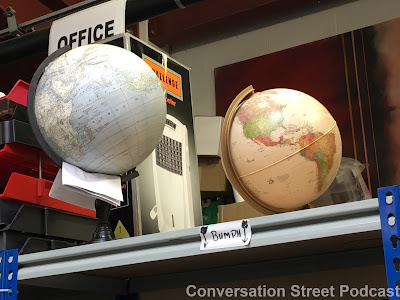 We were also handed a box full of the rubbery bits of transparent material used for whenever broken glass needs to be shown on screen. Taking a handful of the 'shards' from the box, we were surprised at how soft they were - necessary, of course, for when they're thrown in actors' faces, or when they have to be lain upon following whatever the latest crash or explosion there's been! 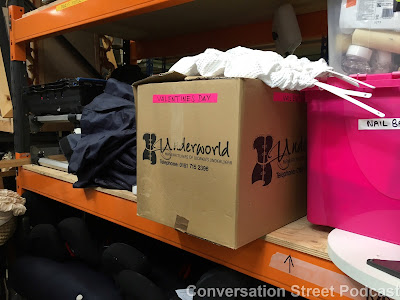 Speaking of glass, we also got to see an entire section of bottles, champagne flutes and beer mugs, all made out of a material called 'break glass'. As you might expect from the name, this material is used so that whenever the item needs to be dropped, hit over someone's head or, in the case of Michelle in the wake of baby Oliver's paternity revelation, thrown through a window, it shatters in a convincing but completely safe way. 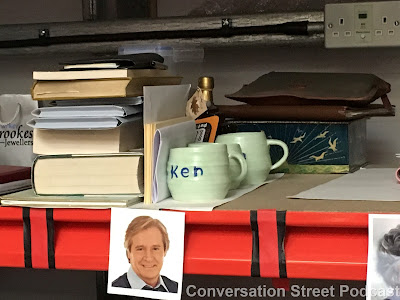 Also in this section were a variety of mugs and plates, all made out of wax, again for easy breakage. These may not have looked quite as realistic as the real thing, but for the split seconds that they'd appear on screen, they do the job perfectly well.

Part 3 of Inside the Corrie Prop store will be posted here on Thursday 4 May.