Coronation Street salaries revealed - who gets paid the most? 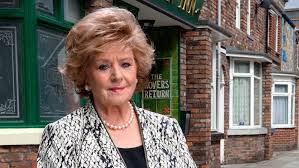 Tabloid reports this week are saying that salaries of Coronation Street cast members have been revealed. I'm wondering if this is actually true and if it is, how this leak has happened. Is it just me or does anyone else find that a rather more interesting story than who's earning what?


But, if you'd like to know who earns the most wages in Weatherfield, here we go:

Helen Flanagan (Rosie Webster) is reported to be on £30,000 for her initial three months contract and then this was upped to £120,000 for a year.

And finally, Fat Brenda (Fat Brenda) is paid in a packet of 20 fags a day with a biscuit bonus every fortnight.