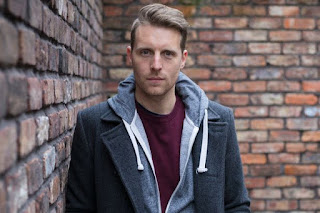 (This post was originally posted by David (Clinkers) on the Coronation Street Blog May 2017, reposted to this blog with permission.)

No don't worry. This isn't a story about someone suddenly becoming a pyromaniac and torching Weatherfield's most hallowed Street. Although there could be some mileage in the idea. A disturbed and vengeful Audrey sets her hood dryers to 'maximum' and causes a firestorm. A seething Roy douses the cafe in chip fat and strikes a match . . . Anyway, that's for later.

Earlier this week, Corrie wheeled out an old favourite to ensure that we really, REALLY knew that a character was a bad 'un. Despite his grim actions, a light needed to shine on the very unlovely Nathan to cast away any lingering doubts we had about him. Yes, Nathan reached for his cigarettes!

Corrie has often wheeled out the ash tray as a way of demarkation between good and evil, right and wrong, common and not so common. It's also a vehicle for establishing a character as edgy. Many will recall the early appearances of Leanne, Toyah, Gary, Kylie and Becky. Everyone of them a smoker. Usually, as a character settles down, so the smoking disappears. They become softer, kinder and therefore the viewer doesn't need to see them with clouds of smoke billowing from their nostrils.

Often we forget that some of our Street favourites were once beholden to the weed. Ken, Rita and Audrey were sometimes seen toking on a ciggie and Mike Baldwin was forever popping into the Corner Shop for a packet of his 'usuals'. Presumably they were cigars unless Renee Bradshaw was dishing out viagra with the cheese barms.

Smoking was often a device used to separate the homely from the rough and ready in Weatherfield. Annie Walker, Betty, Emily, the blessed Renee, Ena, Minnie, Maggie Clegg and a cast of thousands were all seen as being a little more virtuous. They never lit up. However if you were a bit on the blousy side or had a sharp tongue, then the pack of twenty was never far away. Bet, Vera, Elsie, Blanche, Deirdre - we're looking at you! Similarly, most of the Street's menfolk were smokers back in the day - Len, Ray, Jerry, Stan, Eddie, even Curly when he worked on the bins. 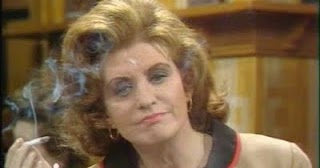 As times changed, so did the smoking habits of the Street. Even hardened gaspers like Liz have ditched the weed for electronic ciggies. Steve has packed up and even the rasping Peter appears to have called time on his habit. Which means that anyone who does inhale is now marked out as someone to watch. Nathan's cigarette habit is reportedly to have more serious undertones but the fact that he does smoke helps seal the deal as to his nature. Soon though, he will be gone and perhaps Weatherfield will finally emerge as a smoke free zone.