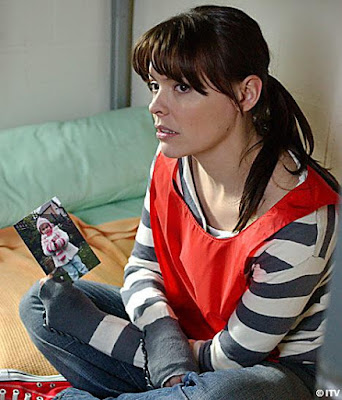 Tracy Barlow's been arrested in Coronation Street - again.  ITV have today released some pictures from tonight's episode of Corrie showing Tracy in the dock at court. You can see the pictures here.

Let's have a look back at some of the other times she's been collared by the cops and taken in for questioning. 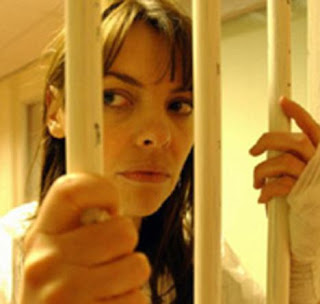 Tracy was arrested, charged and convicted for the murder of boyfriend Charlie Stubbs. She was sentenced to 15 years but was freed after three years when the forensics expert from her trial was  exposed as a fraud and she was able to appeal her conviction.
2014: Arrested at her Wedding 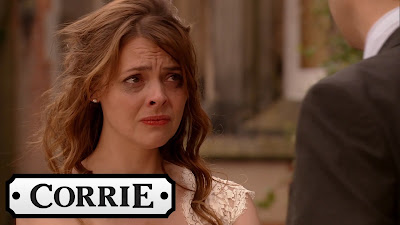 On Tracy's wedding day to Rob Donovan, it all went wonderfull wrong when Rob did a runner as the cops turned up to arrest him for the murder of Tina. Tracy was arrested for perverting the course of justice after giving a false alibi for Rob.  You can watch the scene here. 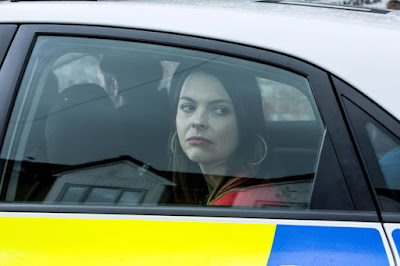 In July of 2015 Tracy was arrested on suspicion of handling stolen goods at Barlow's Buys. You can watch the scene here. 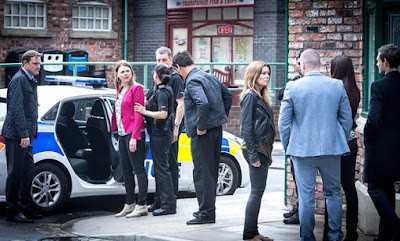 In September 2015 Tracy Barlow was nabbed by the cops after she accidentally caused a fire at Victoria Court. She was arrested on suspicion of murdering both Kal Nazir and Maddie Heath. 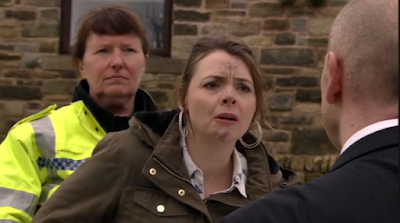 And Tracy's latest arrest came after she told the cops that she was the one who pushed her step-dad, Ken Barlow, down the stairs at No. 1 Coronation Street.  She told them this to put them off the scent of Rob Donovan, who was on the run from prison.

Can anyone think of any more times Tracy was arrested by the cops in Corrie?