Who do you think is Sally's stalker - Gina or Leah? 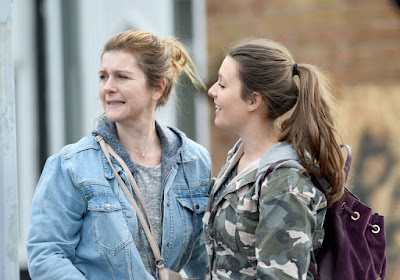 Well, I'm liking the way this storyline is unfolding.  When news first reached us that Sally's sister, gobby Gina Seddon was returning to Coronation Street, we thought it was a great idea. Two sisters reunited at last, and maybe Gina would flirt with Kevin again?  But then came the rumours that Gina was not all that she seemed. And then, finally, we thought we had her pegged as the one who was stalking Sally online, even sending her sister a pig's heart.

But hang on just a minute!

Now we've met Gina on screen, my mind is changing, slowly. I'm thinking that there's more to that Leah one that first meets the eye. She seems cold and manipulating of Gina, who is unwell with bipolar.

So, who do we now think is Sally's online troll and the one who has caused our People's Princess weeks of grief?

Is it Gina or Leah?  My money's now on Leah, how about yours?