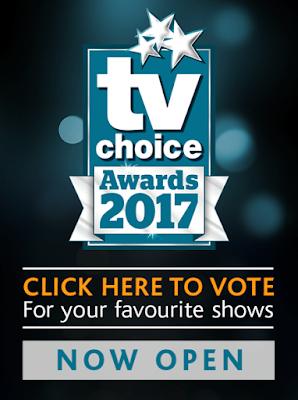 It seems as if it's awards season right now. What with the British Soap Awards voting still open - have you voted yet? Vote Here!

And now it's the TV Choice Awards who are asking for our votes.

Coronation Street is nominated in the following categories:

And of course... Best Soap