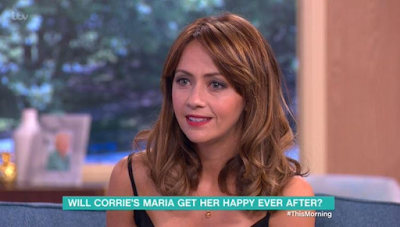 Samia Longchambon, who plays Maria Connor in Coronation Street, was interviewed on ITV's This Morning this week.  She talked about Maria's affair with Aidan and said it's going to get a lot darker.

She says: "Maria makes the worst decisions and it's got trouble written all over it. Aidan's just a dirt bag! I'm campaigning for Maria and David to get together."

There's a clip of the bit where Eva stuffed the cream horn into Maria's face this week. Samia said that the script called for the cake just to be put into Maria's mouth but Cath Tyldesley, who plays Eva, really went for it and stuffed it all over her face instead. 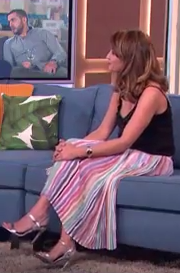 And for all those asking, Samia's skirt comes from Zara.

You can watch the video interview here.