5 Corrie couples who shouldn't be together 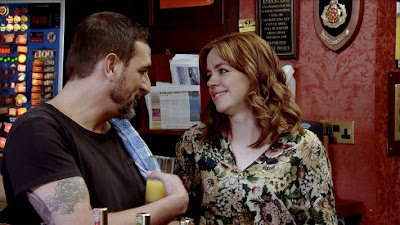 There are couples I love on Coronation Street such as Tim and Sally, Johnny and Jenny, Newton and Ridley. And then there are those who, for this fan, just don't work. This doesn't mean that I don't love the individual characters but when they've been put together with, for me, the wrong person, it falls flat and they have no chemistry on screen. You may well disagree and I'd love to hear from you in the comments.  Here then, are my five least favourite couples on Coronation Street.

Toyah and Peter. I've written before about how much I love Georgia Taylor as an actress and how much I enjoy Toyah on screen.  But where's the feisty, fighting Toyah that we knew and loved from back in the Battersby days? Where's the drive and determination gone? Remember when she wanted to be a journalist, an eco-warrier with Spider? Now, that drive and determination has gone into her IVF and baby-making plans, she is consumed by it and it's become dull.  She and Peter have zero chemistry and neither of them look comfortable behind the Rovers bar. Bring back Spider for Toyah. Carla's coming back - will she take up with Peter again? And finally, bring back Liz to the Rovers for us all. 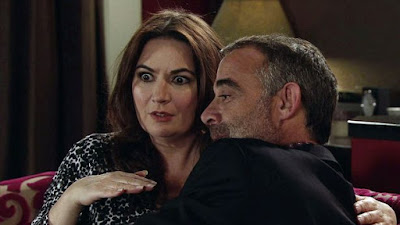 The only good thing about Anna and Kevin together is that Debbie Rush is leaving the show and their relationship will soon be over. Kevin's a Corrie legend, king of the bomber jacket. Anna's the required Street harpie. Apart they're fantastic. Together? Dull as ditchwater. 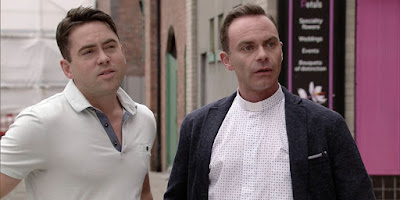 Oh, please don't hate me when I say that Billy and Todd shouldn't be together. I love watching these two as a couple, I really love it. But I want them to split up before Todd breaks Billy's heart, which he surely will one of these days.  That's the only reason I don't think they should be together because with these two, pain and heartbreak is just an episode away. 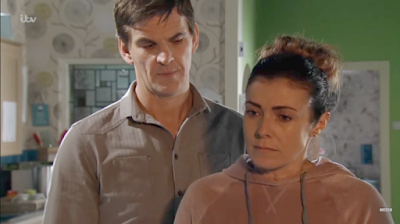 I'm going to say it and I'm going to say it loud. I LOVE Kym Marsh in Coronation Street. She's a fantastic actress and her character has grown in leaps and bounds over the years. She deserves every award going for the baby Ruari storyline which broke my heart in a million pieces. Michelle divorcing Steve made sense but putting her together with Robert Preston was a mistake of the highest order. The man is far too boring for someone as bright and sparky as Michelle. He dulls her light, split them up, please Corrie, and let her sparkle again. 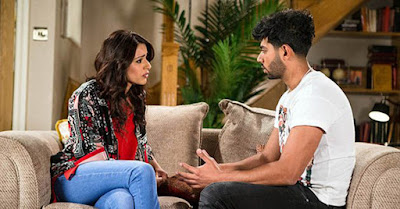 And finally, Zeedan and Rana Nazir. She likes girls, Zee, and she's just not that into you. Dump her, get into your Speed Dahl van and drive far, far away.

Agree? Disagree? Let me know what you think.

I think I didn't know Debbie Rush was leaving Corrie and I just read a spoiler. :(

I would nominate Sinaed and Chesney.

She WAS so full of life,
and he's STILL an old man in a young man's body.

Please, she can do SO much better than
chained to Joseph as built-in nanny.

It's painful to watch,
please, please, make it stop!

Daithi, Well said! I find Chesney incredibly boring, also I don't (in my humble opinion) think that the actor who portrays him is very good.