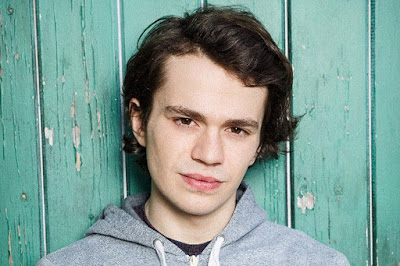 When is the first time that Seb is told he could have HIV?

Seb is told when he’s just come round, he’s totally unsuspecting. Abi and Anna come in and Seb picks up that something is not right.

What’s Seb’s first thoughts when he hears that he may have HIV?

Seb thinks, ‘Why? How?’ - he doesn’t think it’s real. He’s in a lot of shock, it’s totally unexpected. It’s probably the last thing he thought they were going to say.

Why does he refuse the test?

He’s scared. One half of Seb is in denial and doesn’t want to find out for sure but the other half of him thinks he probably does have it so there is no point in taking the test, he might as well just resign his fate. His whole life he feels like he has let down his brother and sister, that he is a failure, that his mum hates him. So now how intense he feels in that hospital bed, part of him is questioning whether he wants to even carry on. He’s always felt low but this is the most ready-to-give-up, the most hopeless he’s felt.

What is his reaction when he finds out he is HIV positive?

Confusion, a sense of dread and hopelessness. Growing up as a teenager, he is totally ignorant about everything and so when he has heard about HIV he has heard that you can die from it.

How do Anna, Faye and Abi react?

Abi doesn’t hold it together very well which frustrates Seb but Anna and Faye treat him like their family. But it’s scary for them because Faye possibly has it as well...

Have you seen a different reaction from viewers after we have seen Seb’s home life?

Yes, it’s gone from comments like ‘pasty little teenager’ to people saying, “you’re doing a good job,” so it’s been nice! It’s great that his background offers an explanation to why he has behaved the way he has.

Have you done any research into HIV?

When I started to look into HIV, I felt really ignorant myself because, until this storyline was given to me, I didn’t realise that you can live a life with HIV and it not affect your day to day life. And it surprised me to find that out but that there is still such a stigma attached to HIV. It’s such a global disaster, for example the effects that it has had on Africa, it’s really upsetting.

Have you found it challenging to play this storyline?

It has been challenging working out where all the emotion is coming from within myself but I’ve really put time into it. It’s great to be a part of this storyline and doing my bit to help rid the prejudice against HIV.

What do you anticipate the audience reaction to be?

If people don’t know much about HIV, hopefully they will be as surprised as I was to find out that it is something that you can live with. Hopefully they learn more about HIV than they did beforehand.

What has it been like working with Debbie Rush and Ellie Leach?

It’s a pleasure to have scenes with them because you can push each other and test each other. It’s a collaboration and I am really lucky to work with them.