Why I love Gina Seddon in Coronation Street 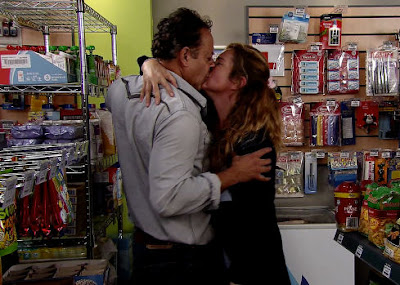 
Gina Seddon returned to Coronation Street, played this time by actress Connie Hyde in April this year.  We've not really commented much on Gina here on the Blog apart from the odd comment I've seen from fans saying they don't really like Gina.

She's complicated, too difficult to stereotype into your normal Coronation Street type of woman. She's not feisty or an air-head. She's not thick as two bricks, she's not common or nasty or bitchy or anything that usually signifies a woman in a soap.

Gina has her bipolar condition to live with and we've seen her swing high and low with this and have glimpsed just some of the effects that her condition might have on her life.

But for me, the interaction with her sister Sally and brother-in-law Tim has been wonderful, right from the off. 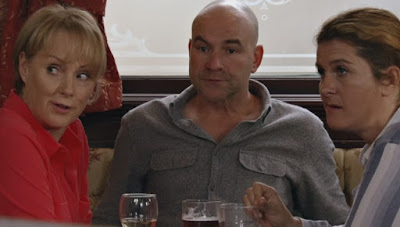 Tonight, Gina gets to grips with Dev on Corrie when they lock lips in the corner shop.  She'll then go on to embarass Sally in front of her councillor friend at a soiree when Dev does the walk of shame down Sally's staircase. 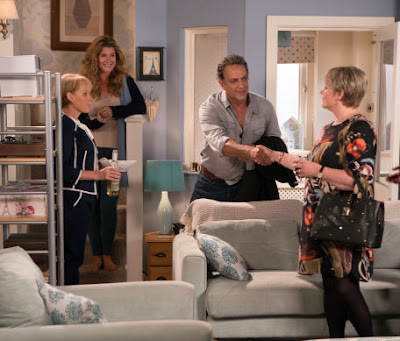 I'm enjoying Gina a lot on Corrie because she's complex and fun and not a soap stereotype. I think Connie Hyde is doing a fantastic job as Gina and off-screen, she's a fab woman too.

But what do you make to Gina? Let me know in the comments below.