A Masterclass in Manipulation - by Liz McDonald 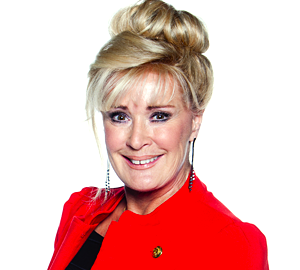 (This post was originally posted by Ruth Owen on the Coronation Street Blog in October 2017, reposted to this blog with permission.)


Struggling to get exactly what you want at work?  Need a promotion, a pay rise or simply to jettison various aspects of your job? Then look no further – Liz McDonald is  your woman!

The best bit by far of this week’s visits to the cobbles took place on Monday (Tuesday/Wednesday in Canada). Liz McDonald, so at home behind the bar of The Rovers, demonstrated to us how to manipulate your employer into allowing you to cherry pick the aspects of your job that you do like and how to rid yourself of those annoying, less than enjoyable part of the job.

Those of us who witnessed Liz wheedling her way into dispatching the task of toilet cleaning and bleach using, could have been nothing more than impressed. 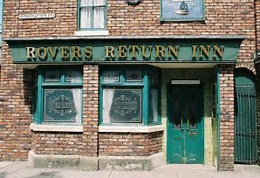 Tom Ridley played his part too; by criticising the quality of the beer, which got Toyah and Peter panicking as to how to sort things out.  Liz had terrified them by telling them that, ‘If you’re not showcasing the beer properly, he’ll blacklist you – simple as that. Folk round here love their Newton and Ridleys.’ All this, with a shake of the head and a grave, ominous tone.

It didn’t help Toyah and Peter’s cause when Brian chipped in, claiming that, ‘Beer is beauty in liquid form – beer is life.’ Despite Kathy telling him he’s overplaying things, he goes on to say, ‘If you lose Newton and Ridley, you can kiss my custom goodbye.’ Liz cannot resist. ‘I won’t say I told you so.’
Liz tells Toyah that it’s very quiet, so she’ll go on her break, ‘If that’s allowed.’ Toyah replies nervously, ‘Of course, it’s allowed.’

Liz tells Toyah that she, Toyah, had better talk to Tom Ridley. Liz implies that she could get round Tom, After all they have known each other a long time and Tom has a schoolboy crush on her. Toyah is hopeful that Liz will help them out. Liz comes out with one of her best lines ever, ‘So basically, you want to pimp me out.’

'Schmooze him. Take him out, buy him a nice meal. Enjoy a bottle of wine. He’s not the easiest of blokes to get on with. Do it for us,’ begs Toyah.
It is now that Liz makes the most of the position she is in. ‘I’ve always taken really good care of my hands. Some folk have said they’d be more at home on a woman of 20. That’s why me and bleach don’t really get on – very harsh on the cuticles.’
‘No more scrubbing toilet for you then!’ concedes Toyah. ‘Then there’s the cooking. It can get so hot in that kitchen. It plays havoc with my hair – unfurls the curls.’
What else can Toyah say other than, ‘I’ll do my best to keep you out of the kitchen. Anything else?’‘Nothing – except the cellar.’ And with that, Liz has ‘negotiated’ her perfect job.
Later, in the Bistro, we realise that it was all a stunt. Tom and Liz were in cahoots. ‘Do you think your little charade will work?’ Tom asks.
‘She’s already agreed!’ replies Liz, full of glee.
‘How long will you make them suffer?’ ask Tom. Liz says it won’t be for long, and she and Tom joke about Liz being on a golden throne, on a podium, doing nothing all shift.
Tom’s husband then phones him, asking where the fondue set is,  which puts paid to the lie that  Tom had a crush on Liz. They’re just a couple of old friends.
On arrival back at the pub, Liz tells Peter and Toyah that she had her work cut out. But, Tom left with ‘a smile on his face and a doggie bag.’ Liz also says she gave Tom’s bum ‘a little tap on the way out.’ She adds, ‘Think that must have clinched it. The Rovers Return is being given another chance.’
The news of surrogate Jackie’s pregnancy is announced shortly afterwards and Toyah turns to Liz to say, ‘We’re going to need you even more in 9 months’ time!’
Brilliant Liz! A true masterclass.
By @Ruth1722 twitter