Rob Mallard signs to Corrie for another year 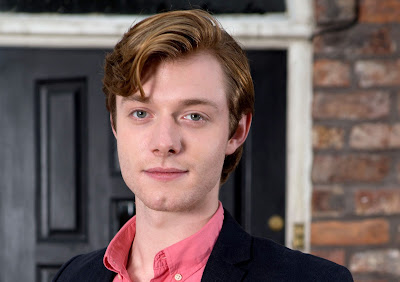 Speaking to The Sun Online, Rob said: "Well I've just signed my second year so as far as it comes for the next year or so I think I'm quite safe for now but who knows at the end of that?"

And he also said that his character Daniel might get back together with Sinead, even though she's now engaged to Chesney.

He said: "Yeah - absolutely there's a way back because the only reason she isn't still with Daniel is because when they first got together the drama erupted with the Barlows that she obviously got pulled into. Aside from that they had everything going for them. They were both a little bit left of centre, not really part of any crowd - they didn't have an in-group, they found an in-group with each other, and I think they will always have that."

I'm really pleased Rob is staying on the Street. Daniel is a complex, troubled young man, proving that he's more, much more, than his dad Ken's mini-me.  And I really would like to see his mum Denise Osbourne return too.